Why Trump Should Keep up the Fight | Opinion 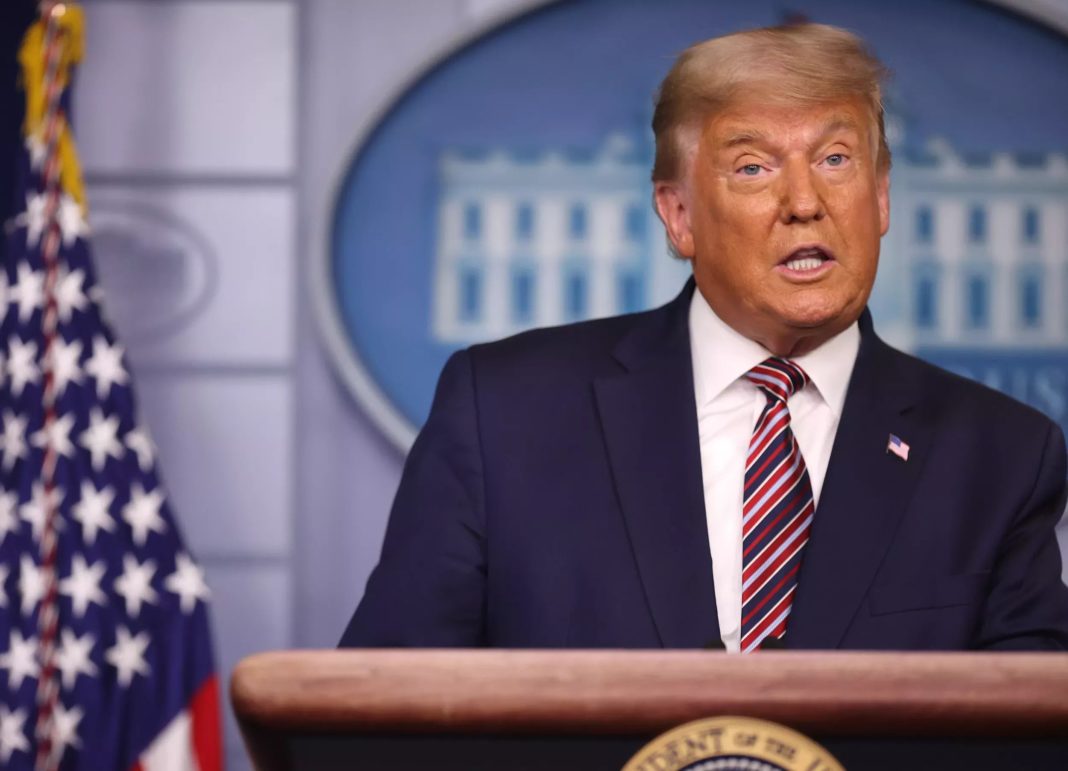 It is almost exactly 20 years since Tony Blair introduced postal voting on demand in Britain. As with so many things involving Blair, it has been disastrous. In the early years, no proof of identity was even required to vote in this way. This ridiculous system has contaminated British politics.

While many court cases concerning postal vote fraud have finished with prison sentences being handed down, the widespread scale of abuse is truly incredible. A 2016 government report into the practice found that it is open to “fraud, undue influence, theft and tampering.” To this I would add that that Left is much better than the Right when it comes to cheating.

Take the Peterborough by-election last year, when a carrier bag containing 1,000 ballot papers was delivered to a polling station. A convicted electoral fraudster who campaigned with the winning candidate was also seen at the count wearing a Labour rosette. When members of the Brexit Party knocked on doors in the center of Peterborough, initially people were happy to talk to us about their blank ballot papers having been collected. When we returned, no doors would open to us.

My awareness of the damage that postal voting has done in Britain tells me that Donald Trump is right to fight on in the U.S., though he does need to find sufficient evidence.

I spent the last eight days of the presidential campaign traveling to many states and following the Trump train. From the freezing cold of Michigan to the raw northernly winds of Arizona, what I witnessed was truly astonishing. Trump was in the political form of his life, addressing huge crowds and speaking at up to five rallies per day. His stamina and force of personality are extraordinary. With his party trailing the Democrats in all of the contests, he quickly started to gain momentum after the second debate, in which he performed well.

None of the polls, pundits or mainstream media in the U.S. understood what was going on and all were wrong in their predictions. They promised that a so-called blue wave was about to hit, in which both houses of Congress would be won by the Democratic Party. In fact, the Republicans have gained seats in the House of Representatives and they still control the Senate. They have also achieved their highest-ever popular vote. All of this is a testament to Trump’s leadership of the party.

Although I could see the pro-Trump trend for myself, I was worried many months ago that widespread early postal voting could be a problem. Indeed, on August 4th, I said on American public radio that I feared an election night win for Trump may turn to ashes as postal votes were counted the following day. Sadly, that is exactly what has happened.

I am the first to say that if every postal vote cast was above board and legal, a Biden presidency would be the right outcome. With postal voting, however, it is never that simple. The temptation for fraud is too great. American voters need to be confident that no skulduggery has occurred.

The emphasis now is on Donald Trump to produce evidence—lots of evidence—of illegal conduct. Teams have been positioned in the key battleground states and are already alleging they found some. The very same media that incorrectly wrote off Trump’s chance of winning the election now cry foul and say that he is a bad loser. They are wrong to do this. These are the same people, by the way, who refused to accept Trump’s legitimacy in 2016 and have used every dishonest trick in the book to discredit him ever since.

In states like Wisconsin, there are counties with suspiciously high turnouts of over 90 percent. Questions have further been raised as a result of large ballot paper dumps taking place after the polls closed in several states. And there is skepticism of the conduct of the postal service itself.

I have no idea whether any of the legal challenges underway will succeed, but if Trump does produce overwhelming evidence of abuse, his 69 million fanatical followers will believe that Biden stole the election. I know Trump well enough to understand that losing is not in his vocabulary. He will simply see what happened the other evening as a temporary setback. He will also consider himself to be the victim of the establishment and he will launch the campaign for 2024 in the next few weeks.