Why I’ve decided against standing to lead Ukip 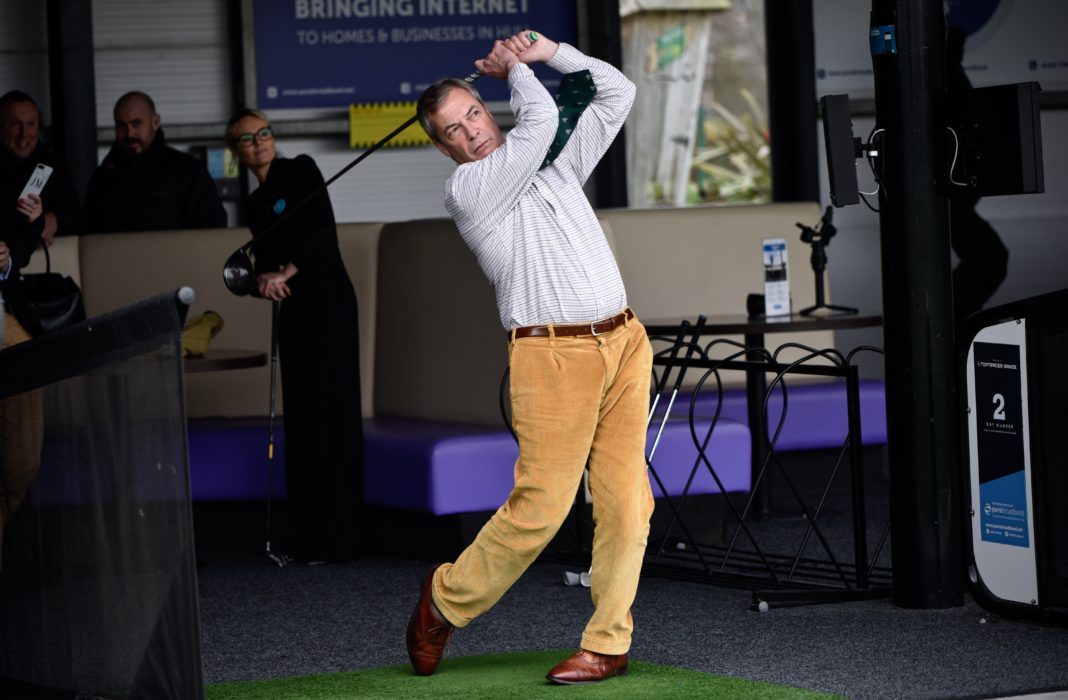 Since the momentous result on June 23 last year, Ukip has been in some trouble.

For a quarter of a century, we were pretty much a lone voice in British politics calling for EU withdrawal. Many of those who had previously voted Ukip took the view in the recent elections that the job was now done and Ukip’s vote plunged accordingly.

My own decision to stand down as party leader last year was bound to leave a big hole. When you are such a dominant figure, it is always going to be tough for anyone to follow. Little did I know just how dramatic this period would be.

With Paul Nuttall’s resignation, we have until the end of July for candidates to throw their hat in the ring. While many have been lobbying me and urging me to come back, I have decided that this would not be the right thing to do and I will not be standing. While I remain a strong supporter of the party and think there is a real chance in two years that Ukip may be more relevant than ever, the party itself needs serious reforms.

We built Ukip from the grassroots. There were no national figures and very little money in the early days. Over years, we built a branch structure across the UK and an army of volunteers. In line with this, we devised a constitution that put power in the hands of the activists. Ukip is run by an elected NEC. The last set of elections for this body saw 93 candidates vying for just six places.Show more

Most of those elected are enthusiastic volunteers, are all unpaid and all care about the cause. But few have any idea about campaigning, media or raising money. As Ukip grew from a tiny party to winning the European elections of 2014, I found myself increasingly frustrated with this governing body. Time and again I was outvoted on important decisions and could not take the party in the direction I wanted.

The thought of going back to a job I may not be allowed to do, if, again, I’m held back by totally unqualified people is not something I’m prepared to contemplate. I hope the new leader takes on the battle for major constitutional change or the party will return to being an amateur shambles.

It is already something of an ongoing joke about the number of times I have stood for the leadership and resigned. To return now would be premature. But I’m still committed to the great Brexit battle and I will continue in my role as the leader of a group in the European Parliament, overseeing the Brexit process.

In many ways, what happens in that parliament over the next two years is perhaps as important as everything that goes on in Westminster. Of course I want a full and proper Brexit, and if in 2019 we reach the end of the Article 50 process and a huge gap is left, whether that is not taking back our fishing rights, the continuation of free movement or still paying Brussels too much money, I would not hesitate in throwing myself back into the front line of domestic politics.

For the moment, it’s difficult to tell how this will turn out. Perhaps Jeremy Corbyn will be the one who holds the Government’s feet to the fire on Britain leaving the single market. His sacking of three shadow cabinet members hints that his old Bennite anti-EU passions are back to the fore.

There are also personal reasons for my decision. I said when I stood down that I wanted my life back. This did not mean I would spend my life sitting on a beach, but there were things I wanted to do that I simply had not been able to do as leader. I took on the establishment status quo in this country and one thing I have learnt is that they do not like to be challenged. They fight back and they fight dirty. In recent weeks, we have seen that an MP has had her office attacked. We’ve also seen Gina Miller and others going on TV talking about death threats and the unpleasantness on the internet.

Believe you me, none of these people has seen anything. I’ve had this abuse every day of my life for years. Whenever I attend a public event or drop into the local pub, the threat of violence is never far away.

Yes, I accept that politics is a rough, tough old game. But to have lived through year after year of hatred, stirred up by a media doing everything they could to stop me and Ukip progressing has had a wearing effect. To walk back willingly into a life like that is not something I want to do unless I have to. To some extent, the hatred that was around last summer does seem to have eased by not leading the party and I’ve have had the chance to do other things – such as a daily radio show and frequent trips to the US. Professionally, my life is settled and I intend to keep it that way.

None of this is meant to be negative about Ukip, its people or achievements. In many ways, it has been the most successful political movement of our times. But it is in need of real change. It must sort out its internal structures and continue to be a radical voice for change that stands up for ordinary people. However, if it does not sort itself out and make the changes necessary to become a professional, modern political party, and if then we find ourselves with a Brexit that falls short of the mark, another vehicle will then come along to replace it.

Share
Facebook
Twitter
Pinterest
WhatsApp
Previous articleThe establishment will have seen nothing yet if it doesn’t tackle immigration
Next articleThe great Brexit betrayal has begun. The Tories have sold out the British people – now even Jeremy Corbyn has a tougher stance