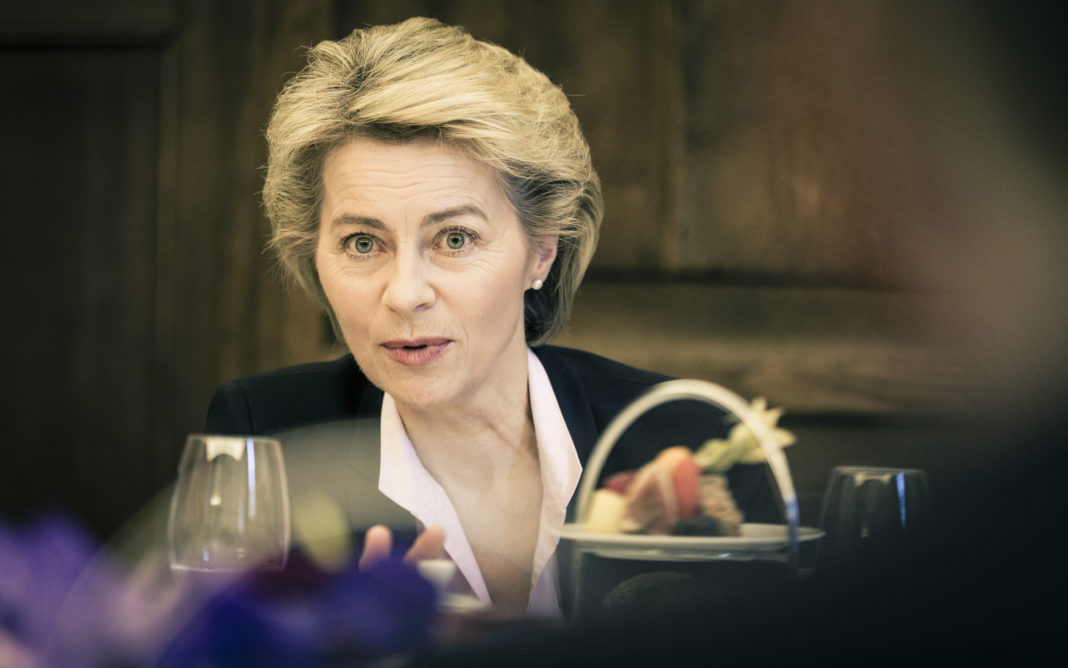 For years, I have warned of the EU’s desire to become a fully militarised entity in its own right. The response to this assertion from the Remain establishment has always been the same: outright denial. Indeed, every time I have advanced this idea, I have been accused of being a liar and scaremongerer. Most memorably, in April 2014, then-deputy prime minister Nick Clegg even claimed during a televised debate we had that my prediction was a “dangerous fantasy”.

Yet now that Ursula Von der Leyen has been approved as the next President of the European Commission, it will be difficult for anyone to pretend I was wrong. Make no mistake: despite Von der Leyen being a complete unknown outside of her native Germany, her domestic political record confirms I am no liar. As German defence minister for the last five and-a-half years, she has argued more loudly than many for an EU army while refusing to support payment of the minimum contribution fee to NATO. Von der Leyen – known in Brussels as the Chris Grayling of German politics – is a fanatical federalist.

Putting aside the sense that her main qualifications for getting the EU’s top job appear to be her nationality and her sex (the EU is boasting fatuously she will be the first woman to head the Commission when she takes up the post in November) it is clear her nomination was the result of a Franco-German stitch-up in Brussels two weeks ago. Christine Lagarde, of France, was put forward at the same time to run the European Central Bank. None of this happened by accident.

The only potential hurdle to this cosy fix was the requirement that Von der Leyen gain the endorsement of the European Parliament. Though it is often said that Britain has a strange attitude to the EU compared with other member states, that seem so content with the project, it seems others are beginning to see the light. In a contest in which only one candidate was fielded (Von der Leyen), just 50.9 per cent of all MEPs approved her nomination. She scraped over the line by only nine votes. This shows a very strong level of discontent with the EU and its undemocratic processes.

Nonetheless, Von der Leyen has an incredibly ambitious programme for her five-year term. In 20 years of sitting in the Strasbourg chamber, I have never heard a speech like the one she gave this week, in which she set out an overt bid for the EU to take control of all kinds of arrangements inside individual nation states, from an EU minimum wage to the harmonisation of corporation tax. In terms of foreign policy, member states’ vetos must be removed so that a new European army can be deployed with a minimum of fuss. All aspects of the Union will be backed up by the rule of law, presided over by EU prosecutors.

I responded to this dictatorial wish list by saying it sounded like an updated form of Communism. Inevitably, there were howls of protest in the chamber. But the real point is that the EU bully boys (and girls) are not pretending anymore. A deeper, more centralised political union is to be built, with no dissent allowed.

Despite voting against Von der Leyen, however, and even though I am alarmed at the direction in which she wants to take the EU, I am pleased that she won. If it becomes necessary to launch any future Brexit campaign, she will be its pin-up girl. In fact, by the end of her speech, I felt that Brexit was a little closer to being realised. Her vow to “stand ready” to delay Brexit tells us all we need to know.

If Boris Johnson becomes Tory leader next week, he must send some very strong messages – and quickly. The three Conservative MEPs present this week all voted for Von der Leyen. That’s right: they all voted for this EU fanatic who wants to extend our membership of this wretched bloc beyond October 31. I was truly shocked by this, but I wonder what Johnson will do about it?

Of course, he faces even bigger challenges in the form of some of his senior colleagues in Westminster. Take the acting deputy prime minister, David Liddington. On Sunday, he attended a Bastille Day parade in Paris dedicated to the creation of a European defence force! Mass sackings of Remainers like Liddington are badly needed if Johnson is to be remotely credible as a Leave-supporting Prime Minister.

On the bright side, at least Johnson has a strong ally in Ursula Von der Leyen, whose every utterance will be opposed by the vast majority of the British public. Johnson has difficulties in his party. He also has problems in parliament, thanks to the Conservatives’ wafer thin majority. But after events in the EU in recent days, I believe he will find his job of convincing the British people that it is for the best that we get out of this project as soon as possible considerably easier.

Share
Facebook
Twitter
Pinterest
WhatsApp
Previous articleSir Kim Darroch is totally unsuitable to remain as our man in the US after appalling Trump slurs
Next articleBoris, the country is crying out for leadership – but with my party’s help, we can resolve Brexit