Ukip is collapsing, but Henry Bolton might just be the man to save it 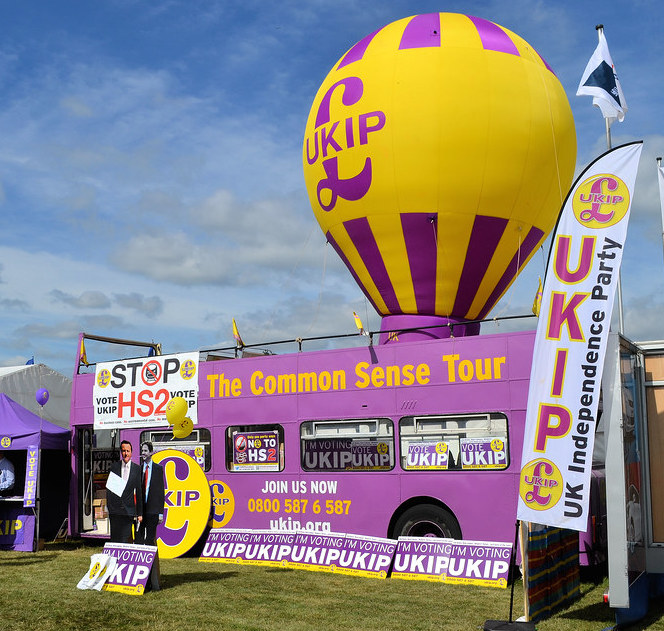 On Saturday, Ukip stages an extraordinary general meeting (EGM) over the continued leadership or otherwise of our present leader, Henry Bolton, at which the party’s future as a force in British politics could be determined for once and for all.

This is not the first EGM to be held at which Ukip’s survival is on the line. Back in 2000, on a dramatic afternoon in Westminster’s Methodist Central Hall, the subject was also whether the leader of the time should continue in his role. On that occasion, one party member died of a heart attack and later people by the score streamed out of the doors. Proceedings had completely broken down until I walked on to the stage, grabbed the microphone from the presiding officer and restored order.

That was probably the most important thing I ever did for Ukip. Without that impromptu act, I doubt the party would have survived another week.

Yet now, once again, I fear for its future.

Make no mistake, Ukip is collapsing. There is no point in pretending it is not. Indeed, the situation is even worse than the national press realises. The basic structures of the party organisation are disappearing; branches are closing and many of the sitting councillors in the forthcoming elections wish to run as independents.

After more than 20 years of touring the country, addressing 1,500 public meetings at which I pushed the Ukip message and built up the party, I look on the latest twist in its 25-year history with a mixture of dismay and disbelief.

For political parties to compete effectively they have to field candidates at elections. To do this they must have solid structures, vet candidates properly, develop sound policies and have funds. A chain of command that generates a degree of public respect must also exist for a party to succeed.

In my years of leadership we fielded thousands of candidates and  I always drove people at every level  to make sure that the electorate had the opportunity to vote Ukip. In some cases we failed, with one or two candidates not up to the job. Selecting the best people within the limited pool of talent available to us was not always easy. But overall, we built a very effective third party in British politics, as many of our election results prove.

Today almost all of Ukip’s structures have collapsed. The party’s efforts in the local elections of 2017 were pitiful. There were too few candidates and it was difficult to ascertain who was actually in charge. With a party run by a national executive committee (NEC) that is almost without any political ability, I believe this situation will only get worse. As things stand, even if Brexit is further watered down or delayed and Leave voters become angrier at the Establishment’s attempts to subvert democracy, Ukip will not be able to capitalise.

A leader with the ability to lead, to appoint a team, to get on with the job and to be judged directly on their results is urgently required.

An example of my lack of confidence in the party’s current NEC is the decision to ban the press from Saturday’s debate. Do they really think that nobody in attendance will use their iPhone to record the drama and live stream it, or tweet and post Facebook messages? This is just the latest instance of the party being run by people with insufficient knowledge of how the world today works.

The question at the heart of Saturday’s meeting is whether Mr Bolton is the right man to have at Ukip’s reins. His on/off relationship with Jo Marney is wonderful material for the cartoonists and humourists, but it has caused deep consternation in Ukip circles. Without this affair, and the revelation of Ms Marney’s racist messages, this EGM would not be happening. More important to me, however, is whether Mr Bolton can put the party onto a professional campaign footing.

I do not know what the answer to this question is, but in the past few days he has put forward a new proposed constitution for the party that would remove the current failing NEC system, and allow the leader to get on with the job far more effectively than he can at present.

I believe it would be better to allow Mr Bolton, with all his faults, the chance to turn Ukip into an electoral machine again. The alternative is for the party to carry on down the path of self-destruction into irrelevance. It may be too late to save Ukip, but you never know.