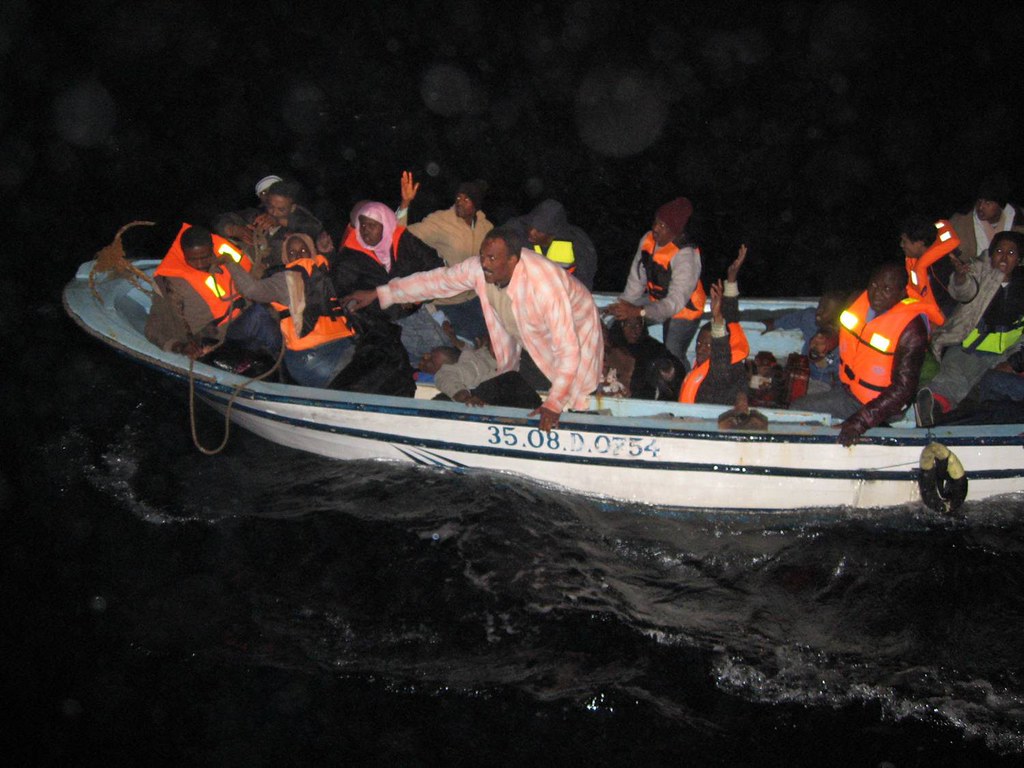 I like Boris Johnson and believe he played a crucial role in the campaign to secure Brexit in 2016. But a comment on migration and Brexit which he made in an interview with the Telegraph today is plain wrong and I cannot let it stand.

He said: “Countries are democratically entitled to decide how open they should be. That was the problem with the EU – it fundamentally took away people’s democratic ability to decide who could come. That was why it was right to take back control. It’s not about migration, it’s about control. It’s about who calls the shots.”

Although I agree with a lot of the points in this paragraph – the idea of taking back control being the most obvious – Boris is being disingenuous on the matter of migration. Millions who voted for Brexit did so precisely because they regard it as a massive problem.

What is worse is that Boris knows this full well. Regrettably, he appears – publicly, at least – to have been infected by the political correctness bug which has turned the British government into the biggest band of virtue signallers to run our country in its history. Of which more later.

First, though, it cannot be said too many times: the EU’s open border policy has been ruinous for some parts of the UK, particularly communities in Essex, Lincolnshire and the North. In the decade from 2004, the year that the Czech Republic, Estonia, Cyprus, Latvia, Lithuania, Hungary, Malta, Poland, Slovakia and Slovenia joined the EU, about 2,000,000 EU citizens – many lacking professional qualifications and skills – came to live in Britain. That’s the rough equivalent of twice the population of Birmingham. There was no consultation about this. It was simply a consequence of Britain’s membership of the EU.

Socially, towns and cities changed significantly through the sheer concentration of numbers in which these EU citizens settled. Economically, the existing workforce was undercut, costing jobs and businesses. And practically, this influx put schools, housing, transport and medical services under huge pressure. Only a fool would pretend that this wave of immigration didn’t change the lives of those Britons most affected by it. And only someone with no experience of such upheaval would deny that it eventually caused widespread resentment.

Having visited in my capacity as Ukip leader many of the areas worst hit by this unprecedented immigration, and spoken to thousands of people touched by it, I was not surprised by the findings of the British Social Attitudes (BSA) survey published last year showing that Brexit was the result of general concern over the numbers of people coming to the UK. This research, collated by the National Centre for Social Research through a survey of nearly 3,000 Britons, showed that nearly three-quarters (73 per cent) of those worried about immigration voted Leave, compared with 36 per cent of those who did not identify this as a concern but who also voted Leave.

In other words, the survey backed up the anecdotal evidence of which all politicians – Boris Johnson included – have been aware for many years. It’s just that many of them cannot bring themselves to confront this truth, believing they might be branded ‘racist’ for discussing what is a purely practical problem for most people.

To be fair to Boris, he is not the only pro-Brexit Cabinet minister who has been talking about immigration today. Interestingly, Michael Gove also gave an interview to the BBC Radio 4 Today programme in which he said the government’s approach to immigration was “positive, welcoming and liberal”.

With the Windrush scandal dominating the headlines over the last few days, am I the only one to conclude that this pair, so often held up by the Left as figures of hate, might have been wheeled out to make the case for the May government’s enlightened approach to this thorny subject? It is almost as though somebody close to the levers of power calculated that the government needed to go out of its way to be seen as cuddly and nice about immigration this week in order to avoid any more negative headlines in The Guardian.

If there is a scintilla of truth to this, it would be the height of irresponsibility, but I would not be surprised. We live in funny times.

As I said, mass immigration from the EU has been ruinous for many Britons on several levels and it is the single biggest reason that drove so many of them to vote for Brexit. That doesn’t make them racist, as Boris and Gove understand. It does make them concerned citizens who wish to make the best of life for themselves, their families, their businesses and their communities. Of course, these were the people whom the Conservative Party used to care about and used to court. No longer, it seems.

With people like Boris and Gove in the government, Britain is never going to get what it voted for 22 months ago. And it’s no exaggeration to say we are heading down the path of being betrayed for reasons of political correctness. The tragedy is that this comes at the very moment Britain has a genuine chance to shape its future. These politicians have put their own objectives ahead of the people’s wish in an attempt to win favour with the Left. I can tell them now this is pointless, it is pathetic, and it going to come back to haunt them before they know it.