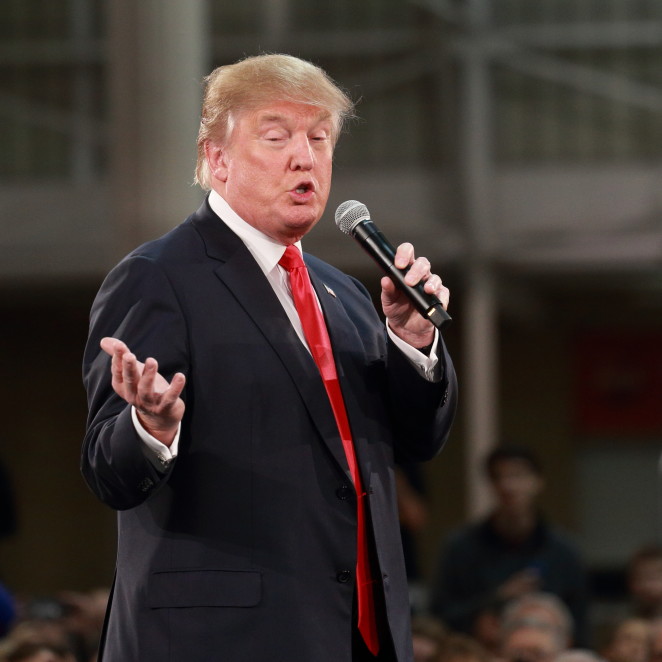 It struck like a bombshell at the heart of the British establishment. President Trump’s torpedoing of the UK government’s Brexit position hours after arriving on British soil was, to most people, unprecedented and unexpected. But I have to say that I was not surprised at all.

The immediate reaction of some in the media were that I might have had a hand in the dramatic headlines splashed all over The Sun that Theresa May has “wrecked” Brexit and the US trade deal is off. While I will admit that some of the language Trump used in his Sun interview was similar to my reaction to the Chequers proposal, I think people underestimate President Trump’s Euroscepticism.

Neither he nor any of his administration has ever needed any persuading that Brexit was the right choice. They all know that the EU is undemocratic and exists to crush the ability of nation states to make their own decisions. In short, they hate it and everything it represents.

Indeed, the Brussels regime is the symbol of the globalist movement so beloved by Hillary Clinton and so vehemently opposed by Mr Trump during the 2016 US election. He did not need to be convinced by me to stand up for the principles of Brexit.

On that basis, you could say he has simply drawn the same conclusion as so many Daily Telegraph readers this week  – namely that the proposition agreed at Chequers was a dud. As he said: “I don’t know if that’s what they voted for.” I believe this devastating sentence may even hasten the arrival of the 48 letters required for Conservative MPs to trigger a vote of confidence in Mrs May’s leadership.

In the days following his surprise election as President, I was fortunate to visit Trump Tower in New York where I met and spoke to the man himself. One of the conversations I had with his immediate team was about the prospect of a trade deal being rapidly negotiated with Brexit Britain. This was seen as important because it would show the world that Mr Trump would support free trade if it was fair.

Yet over the ensuing 18 months or so, I have met some senior members of his administration who have expressed a growing sense of bewilderment at the amount of time the Brexit process has dragged on and why it is necessary that a transition period lasting several years should follow. They just don’t understand the collective sense of Stockholm Syndrome which has taken over the British authorities.

After last week’s Chequers sell-out committing Britain to regulatory alignment – or a “common set of rules”, as Downing Street now likes to describe it – that bewilderment has turned to anger. For a key pillar of American foreign policy has been shattered as the likelihood of a lucrative US/UK trade deal has disappeared. I would be very surprised if Mr Trump did not mention this in his meeting with Mrs May today, however uncomfortable it might make the British government.

What I do know for certain is that, as he has now revealed, Donald Trump did offer Theresa May a plan for how he would have negotiated Brexit. I also know that she rejected his advice. Discretion prevents me from expanding on this, but given Trump’s background as an inveterate deal-maker and negotiator, he must be taken at his word. It is highly likely his administration has lost confidence in Mrs May as the prime minister.

You only have to look at Trump’s remarks about Boris Johnson to realise this uncomfortable truth. Johnson was very disparaging about Trump during the US election campaign, even going as far as to say he wouldn’t visit New York because there was a chance he would bump into him. Well it may be a very unsubtle approach by Trump, but what he has said is that this well-known Brexiteer is a man with whom America can do business.

It remains to be seen what impact Trump’s explosive comments will have on public opinion. I suspect that many angry, upset Brexiteers will see his words as a validation of their own feelings. If they do, then Conservative MPs will feel the heat in their constituencies over the weekend. It is therefore no exaggeration to say that we may now be closer to the end of Mrs May’s premiership than we were at the start of the week when David Davis and Boris Johnson quit the Cabinet.

For my own part, I am convinced that for as long as she hangs on as Prime Minister, we will not get the Brexit for which 17.4 million people voted.

Betraying such a large swathe of your core vote is, at the least, very foolish. Unless she changes course and sticks to the promises she has made in the past on Brexit, the consequences of Mrs May’s actions will rebound on her party in a way that could put it out of business forever.

Share
Facebook
Twitter
Pinterest
WhatsApp
Previous articleIf the great Brexit betrayal isn’t reversed, I’ll have no choice but to return as Ukip leader
Next articleIf only we had a proper leader like Donald Trump taking on the EU, not Theresa the appeaser