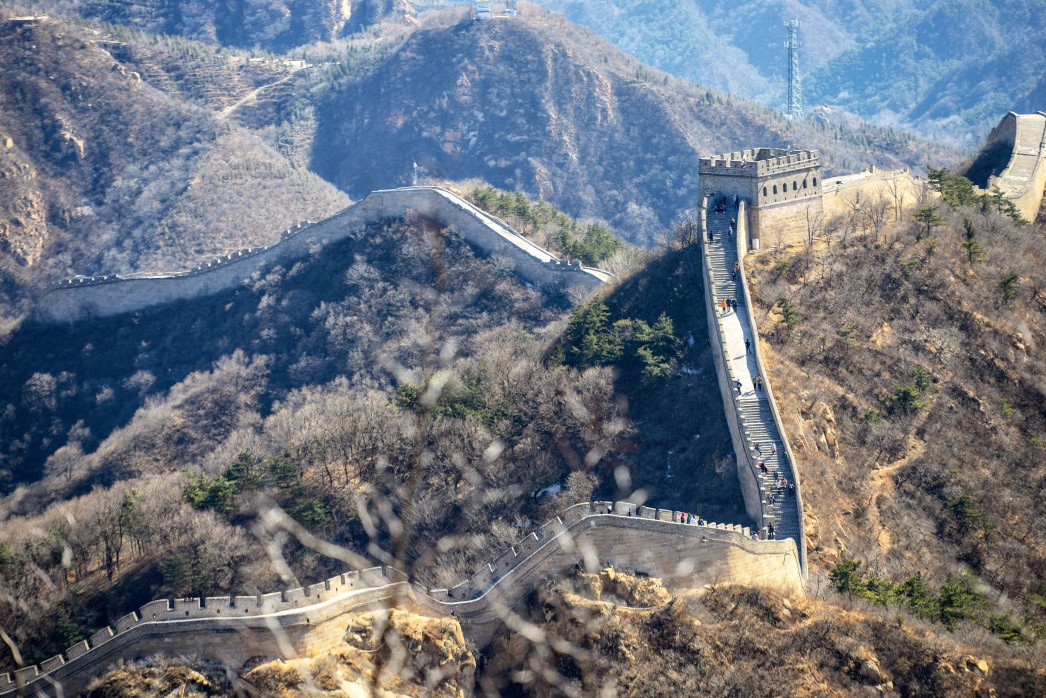 The West appears to be facing its worst crisis since 1939 because of a new global pandemic. Thousands of people have died. More, we are told, will die. And the economic shock to the system has been profound. Yet one country, China, seems to be above criticism. As China begins to expel American journalists, I am left wondering: who are the villains of this piece?

I have to confess that last week I found myself feeling more depressed than I had been in my adult life by the words of the chief scientific officer Sir Patrick Vallance. He said that 60 per cent of the U.K. population needed to get COVID-19 in order for our nation to build herd immunity, yet Boris Johnson had said nothing about this. I worked out pretty quickly that this tactic would trigger in the region of 400,000 deaths. A few days later it transpired that the Imperial College COVID-19 response team had done some work for the government and estimated that about 260,000 people would die if this disease was allowed to spread.

Since then, I am pleased to say that government policy has changed. Britain is acting in line with many other countries in attempting to suppress the virus. Downing Street has recognised that a rapid spread of COVID-19 would overwhelm the NHS. The penny has dropped. We must hold our nerve and hope for the best.

I believe that attention should now turn to China. When President Trump has talked about the “Chinese virus” (others have called it the “Wuhan Virus”) he has been met with waves of criticism and accusations of racism. In the House of Commons, the shadow foreign secretary Emily Thornberry even said of Trump: “Now he’s calling it the foreign virus, blaming it on Europe for its spread and today blaming China.” I hate to break it to Ms Thornberry, but Trump is right. And it is time we all challenged China.

There is plenty for us to consider. Coronavirus is the third major public health scare this century that I can think of which can be traced back to China. First we had SARS, then we had swine flu, now we have Coronavirus. There is nothing to suggest that the COVID-19 virus is a deliberately created virus. This isn’t the same as saying that its emergence is free of all human involvement. Experts have warned of appalling hygiene conditions in Chinese wildlife markets for years, with living, dead or dying creatures as diverse as bats, pangolins and other are held in close proximity, their body fluids and all the bacteria, viruses and parasites they carry mixing and mutating in direct contact with human shoppers. It seems to have taken this crisis for it to dawn on China’s government that something was amiss. Vietnam also got the memo and announced it will be closing down all such markets with immediate effect.

It’s not just about hygiene. China has won somewhat alarming plaudits for the draconian measures it imposed to stop—or, just as likely, temporarily pause—the pandemic in its epiceneter, Wuhan. The doctors and nurses who fought in the frontline certainly deserve every praise. But quite apart from the question of whether these measures are something we should emulate in a democracy, this risks obscuring the fact that China suppressed the truth about the nascent epidemic even among its own people, clamping down on whistleblowers delaying a global response by month, at the cost of thousands upon thousands of lives worldwide.

Isn’t it time we in the West had a grown-up conversation about China, beginning with the truth that several layers of the regime—from sanitary inspectors to secret police— are responsible for this nightmare? Isn’t this the moment when we need to remind ourselves that China is a deeply unpleasant communist dictatorship, a surveillance society that executes thousands of its own people every year? We all need to examine our attitude to the Beijing regime. For too long, no global leader dared to say a word against it, much less adopt a remotely conditional approach to engaging with the regime. The priorities of globalization have been deemed far too important for human rights to even be considered. This is plain wrong.

The Left screams and shouts about Trump and, indeed, about anybody it perceives as being on the Right. We are all smeared as racists, fascists and homophobes. These days many of us are classed as transphobic, too. But while the Left is happy to pummel us into submission on so many subjects, they barely say a word about China. What about the oppression of Chinese Muslims? What about Tibet? Perhaps Emily Thornberry would do better by attacking President Xi rather than Donald Trump.

Similarly, the Green lobby is happy to inflict chaos on our society any time it chooses. Groups like Extinction Rebellion have brought British cities to a standstill. Yet they rarely, if ever, speak out against China, which is responsible for most of the world’s pollution. I find this contradiction extraordinary. Protecting Us All from an Epidemic Should be Prioritized Over the Economy.

Ironically, the Serbian leader Alexander Vucic has been complaining this week that the EU won’t help his country and praising his new best friend, President Xi, who has apparently offered to step into the breach. Similarly, Italy has been happy to receive a helping hand from China, in the form of medical supplies. It would be nice if these acts of assistance would be accompanied by at least some admission of responsibility for allowing the situation to escalate in the first place, but one can hardly blame the Serbs and especially the Italians for taking help where they can find it. Still, this global crisis is as good a time as any to set ourselves the goal of recalibrating our relationship with this murderous autocracy that has brought the world such misery.

The West’s supply chains have become too dependent on China.To see China now exploiting a crisis that they have caused to spread their influence further and deeper into Europe should send a chill down our spines. If nothing else, Boris Johnson must see that his decision to invite the Chinese firm Huawei to build Britain’s 5G network is the wrong one. I have pointed out before that many members of our big business class, of the civil service, and indeed of our political class are increasingly in the pay of China. They ought to take their noses out of the trough and have a think. Their financial wellbeing is not above the good of our nation. The political correctness which their business deals engender means we are not able to speak the truth openly about a crisis like this one. This is highly corrosive.

I have no ill-will against the Chinese people whatsoever; nor against Chinese doctors battling the pandemic in Wuhan, nor against Chinese scientists working shoulder to shoulder with their colleagues around the world to break the code of the disease. But the fact remains that China is an ideological state with its own long-term purpose in mind, and President Xi—now in a totally commanding position in Chinese society—is not our friend.