The time has come to teach the political class a lesson: I’m back fighting for a real Brexit 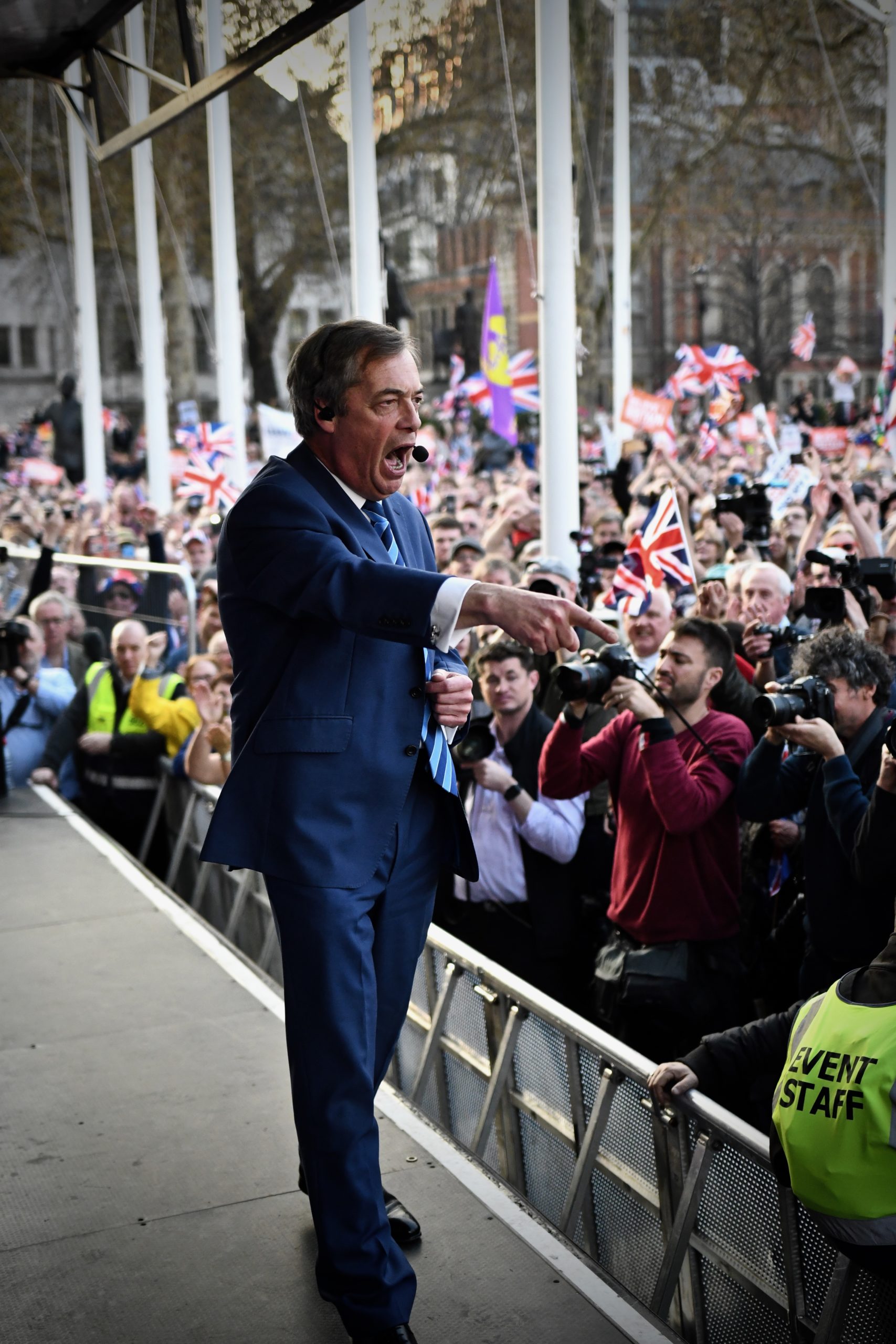 It is now beyond doubt that the political class in Westminster and many of their media allies do not accept the EU referendum result. They refuse to acknowledge the wishes of the majority of those who took part in that historic plebiscite of 2016 by voting to leave the European Union. As far as I’m concerned, this is the worst case of Stockholm syndrome ever recorded.

It is equally clear to me that, unless challenged, these anti-democrats will succeed in frustrating the result. Whatever they may claim publicly, this is their ultimate objective. They think nothing of betraying the citizens of Britain.

For months now we have heard the same argument from this bunch: “Leave voters did not know what they were voting for.” The implication is that Brexiteers are stupid and should submit to the superior view of our betters.

Well, I’ve had enough of their lies, deceit and treachery. The time has come to teach them a lesson – one that they will never forget.

The 17.4 million people who voted for Brexit did so because they wanted an independent United Kingdom. They wanted to live in a country that makes its own laws and is in charge of its future. They did not want to be governed by the unaccountable bully boys in Brussels.

A vital part of making this decision was based upon a tangible instinct to leave the single market. Yet under Theresa May’s fraudulent Chequers plan, the people have instead been offered a form of regulatory alignment. What is more, nothing will be done to take back control of our borders, our fishing rights or our ability to be a global trader for many years to come. Theresa the Appeaser has produced a set of ideas that are nothing more than a cowardly sell-out.

With all this in mind, now is the time for action.

Since the referendum result was declared, almost the entire Brexit debate has been conducted within the divided parties which inhabit the Westminster bubble. There has been virtually no input from the people at all apart from at the 2017 general election – an event when both major political parties were unashamedly dishonest with the electorate in their manifestos.

To make matters worse, we are subjected to a daily stream of negative media stories about Brexit in an attempt to beat us into submission. The latest example of this was the British Medical Association suggesting that a No Deal Brexit would lead to huge numbers of people dying.

This baseless claim proves only one thing: Project Fear is thriving. Next, I expect to hear that plagues of black locusts are about to rampage across the land.

We need leadership. We need a campaign across the country that re-engages voters and restores their faith in Brexit. We need some truth and honesty. Perhaps most of all, our complacent MPs need to understand just how strongly people feel about being lied to while their wishes are blatantly ignored.

In order to demonstrate the level of disenchantment that exists, we need an organised campaign that is not motivated by party politicians out to gain some personal advantage. Mercifully, such a campaign already exists.

Leave Means Leave has been up and running since 2016. This week it declared plans to re-launch the referendum campaign up and down the country.

Leave Means Leave is not a political party – the issue of becoming a proper country again means it is infinitely bigger than that. It is run by two principled businessmen, Richard Tice and John Longworth. Unlike those who make up our political class, these men believe in Britain. They see Brexit as the ultimate opportunity to regain some national self-confidence, to restore our democracy and to make us all richer and more successful by going global. They want to encourage the entrepreneurial spirit that burns so brightly in millions of men and women.

I have spent some time in the last week with Messrs Tice and Longworth. They have told me they intend to hold a series of public events throughout Britain to promote their message and help represent the views of Brexiteers. To that end, they have already hired a battlebus. With the Tories in turmoil and many Labour Leave voters feeling abandoned, this initiative is very welcome. I believe that millions of people will rally behind it – including me.

Starting from today, I have pledged to give Leave Means Leave my absolute and total support. I will help them to raise funds and will go back on the road to campaign once again.

Over the last few months, and particularly since the Chequers betrayal, scores of people have stopped me in the street to ask: “When are you coming back?”

Well now you have your answer: I’m back.