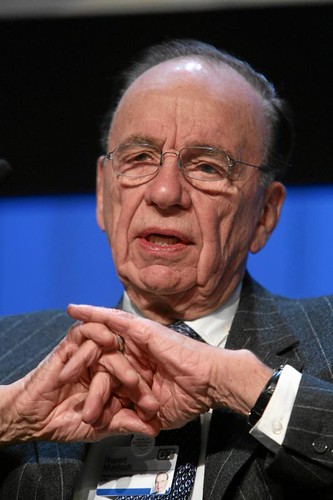 On Tuesday, the London offices of Rupert Murdoch’s company 21st Century Fox were raided by ‘investigators’ from the European Commission. It’s reported these officers are carrying out what the commission has admitted is an “unannounced inspection” continuing perhaps into Thursday. Documents and computer records have been seized. All parties have been told not to talk about it publicly.

I find it chilling to have written those words. The whole scene sounds like something you’d read in a dystopian novel in which Britain is in the grip of a foreign power that can send in its officials on a whim and make demands as it chooses. Except it’s not fiction. It is happening. The question is, why?

My instinct is that this is nothing more than an act of spite-ridden revenge on the part of the EU. Rupert Murdoch, a long time enemy of the EU project, is one of its hate figures. Most of his British newspapers – in particular The Sun – have taken a consistent position on the EU for years.

From November 1, 1990, when The Sun ran the famous headline ‘Up Yours, Delors’ in response to the socialist politician Jacques Delors’ attempt to strong arm Britain into an EU superstate, until June 2016 when it urged its millions of readers to vote Leave, the message from successive Murdoch editors has been clear: don’t tell Britain what to do, stay out of our affairs.

Naturally, the EU’s petty bureaucrats cannot stand this independent attitude. They desperately want to get their own back. And now they are doing so in a sort of sick last hurrah before Brexit is implemented in March 2019. Dubious claims about the potential abuse of sports rights by broadcasters have been used as the justification for this heavy-handed action. I just don’t buy it.

In the interests of transparency, it’s important for me to make clear that I am a contributor to one of Mr Murdoch’s TV channels in America, Fox News. With that said, however, I remain utterly objective about this situation. I will explain why.

What is happening at Mr Murdoch’s offices at present could in theory be taking place at any of the media groups which have long opposed the EU and which urged readers to vote Leave – the Express titles, the Daily Mail and, yes, the Telegraph. It just so happens that the faceless EU civil servants and functionaries have gone for the biggest and best-known player of all on this occasion, but I believe that each of these companies is now effectively on warning. They wish to remind us: due to the fact that the UK will remain a full member of the EU for another 11 months, we are still subject to EU rules.

Of course, it has not escaped anyone’s attention that the timing of this raid is deeply unhelpful to Mr Murdoch’s business interests given that 21st Century Fox is attempting a full takeover of Sky. Frankly, it is hard to escape the conclusion that the raid was designed partly with the objective in mind to complicate this already protracted deal. Knocking a percentage point off Fox’s share price, as happened when news of the raids came to light, is probably regarded as a bonus to EU chiefs.

I believe this single event, teeming with reckless provocation, justifies perfectly why Britons voted to quit the EU. Whatever your opinion of Mr Murdoch and his businesses – indeed, whatever your position on the EU – who wants to live in a country where unelected men and women acting on behalf of a foreign parliament can carry out raids on a business in the middle of the day in London because they feel like it?

Thank goodness we are leaving the EU.  Our exit from this corrupt, crumbling empire cannot come soon enough.

Share
Facebook
Twitter
Pinterest
WhatsApp
Previous articleOur liberation from the EU awaits, even if Theresa May has us limp over the finishing line
Next articleJacob Rees-Mogg is the leader Britain needs to stand up to the EU like none has dared since Thatcher