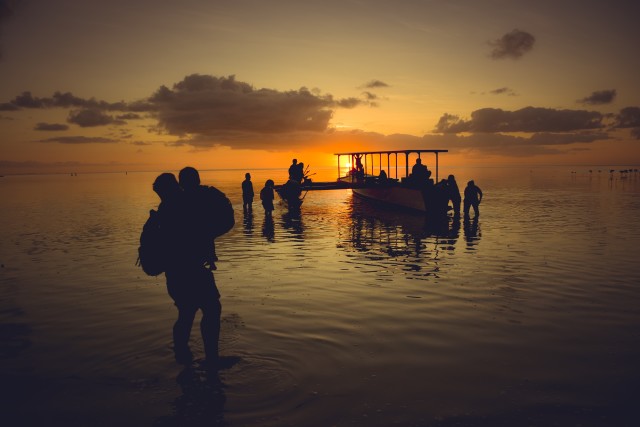 The latest migrant crisis comes as no surprise to me. The recent period of calm weather in the Channel meant it was all too predictable that the surge of illegal migrants attempting to enter Britain would resume in earnest.

Sajid Javid, the Home Secretary, may have cut short his holiday in South Africa in the last 24 hours, but this situation has been growing in intensity since November – and you don’t need to be a Border Force employee to know that.

One of the principal reasons for the influx is that the message from the UK to those making the hazardous journey is that if they reach Britain, they will be allowed to stay.

We all deserve better than this.

Ironically, our EU membership seems to inhibit our politicians’ ability to talk frankly about this situation with the French authorities. (Perhaps this same timidity has hampered the Brexit negotiations). But the Geneva Convention Declaration on the process of applying for refugee status couldn’t be clearer: a person should make their claim in the first safe country in which they arrive.

Given that all of the recent arrivals have travelled from France – not a country hampered by war, poverty or persecution the last time I checked – the UK authorities are therefore complicit in ignoring this international humanitarian agreement. I say this because from what I can ascertain from the Home Office, every migrant who has arrived in the UK in recent months is still here.

Let me explain. Recently a colleague at LBC, where I work as a presenter, contacted the Home Office on my behalf to ask how many migrants had come to Britain. Astonishingly, the answer supplied by officials was to “tot up the number yourselves”.

Given that the Border Force does not publicly declare the number of arrivals, this appears to have been an attempt to hide the truth of the situation from the public. Indeed, we were confronted by the same impenetrable wall when we asked if any of the illegal migrants had been refused permission to stay. No answer to that question was even provided.

All anybody knows for certain is that several hundred people have crossed the Channel and made it to Britain since November. That number will multiply unless the government is prepared to nip this problem in the bud.

It seems that almost everyone who has set off from France claims to come from Iran, but of course none will have any paperwork to prove this. They maintain they are Iranian nationals because they believe this gives them the best chance of qualifying for refugee status. While I have no doubt that some of these people are genuinely seeking better lives and leaving many miseries behind, however, how can we really know who they are or what their true motivation for coming to the UK is?

Nobody knows the answers to these questions, and this is what should concern us all.

Anybody who disagrees with me might like to recall that five of the eight terrorists who murdered 130 people and injured another 413 people in Paris in November 2015 entered the EU illegally via the Mediterranean route. And Isis itself has said it would exploit the migrant crisis to flood our continent with half a million Islamic extremists.

The first duty of the British government is to protect its citizens. In this age of random terrorist atrocities, it cannot afford to take any chances when it comes to meeting this responsibility.

On that basis, Sajid Javid needs to do a lot more than just cancel his holiday. He needs to take decisive action.

At the very start of the Mediterranean migrant crisis in 2015, I told Jean Claude Juncker, the EU Commission President, that he should examine how the Australian Prime Minister Tony Abbott had dealt with a similar seaborne invasion of Australia.

Mr Abbott said that nobody who arrived in Australia by that route would be allowed to qualify as a refugee and stay in his country. Indeed, the Navy forcibly turned around migrant boats to prevent them from landing on the shores of Australia.

Closer to home, Italian Deputy Prime Minister Matteo Salvini has made a similar stand on illegal migrants recently. Since he adopted more robust measures there has been an 80 per cent reduction in the number arriving in Italy, with the added benefit of fewer numbers drowning at sea.

As yet, there has been no loss of life in the Channel (so far as we know). But given the strength of the tides and the changeability of the weather, it can only be a matter of time before a life is lost. This risk will be heightened if the number of migrant crossings goes up – something only concerted government action can prevent.

This crisis demands that our Home Secretary stands up to the EU and to France. Sajid Javid must make it crystal clear that any individual who crosses the Channel by dinghy and illegally enters British waters will not be allowed to stay in our country, just as Tony Abbott did.

This situation has struck at a point in our history when trust and confidence in our government and the democratic system itself is at its lowest. British people want our borders controlled. That was the primary reason people voted for Brexit.

If Mr Javid is prepared to ignore the civil service, the free movement lobby and the EU itself and get a grip on this migrant crisis, he will do something to restore public confidence in politicians. Furthermore, he may yet become our next Prime Minister.

Share
Facebook
Twitter
Pinterest
WhatsApp
Previous articleWith a heavy heart, I am leaving Ukip. It is not the Brexit party our nation so badly needs
Next articleOf course politicians like Anna Soubry should be safe from violence, but we cannot stop free speech however nasty