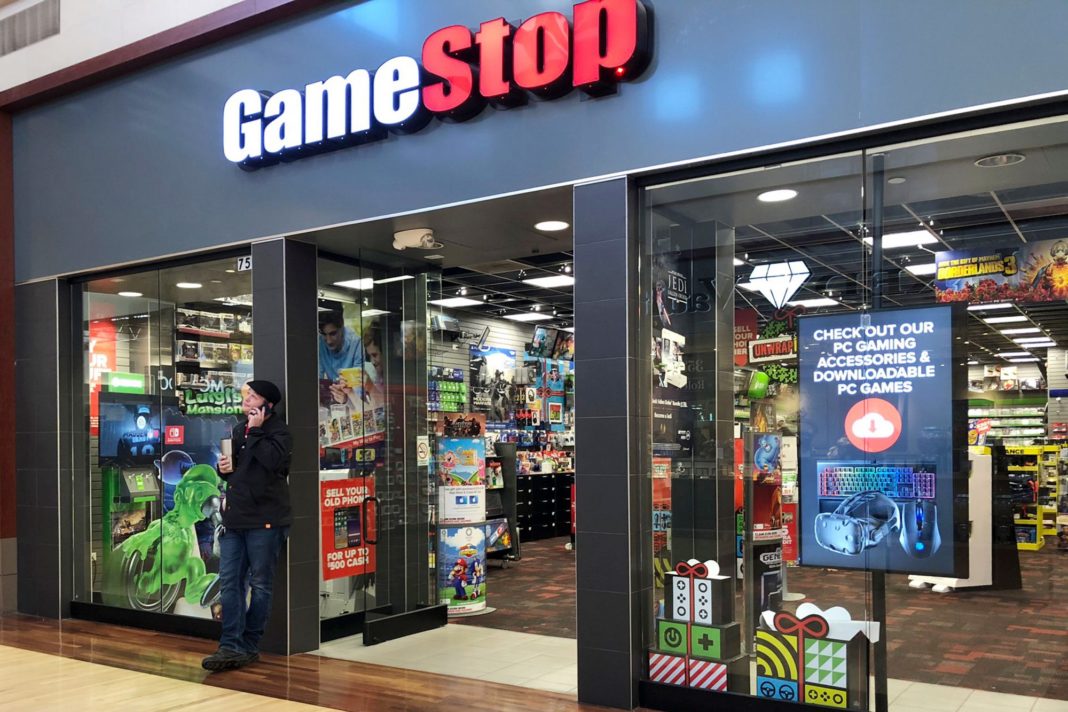 With Brexit out of the way and Donald Trump hunkered down in Mar-a-Lago, the establishment probably assumed that populism had run its course. But after what happened on Wall Street in the past week, it’s clear the elites are gravely mistaken. If anything, populism is back with a vengeance.

I first started working in financial markets almost 40 years ago, in 1982. Initially, I was employed by Drexel Burnham Lambert, the now-infamous American investment bank that was forced into bankruptcy in 1990. I still keep an eye on the markets. In four decades, however, I’ve never known small investors to be as angry as they are today. The run on GameStop shares this week, promoted by the Reddit forum r/WallStreetBets, has turned into a war against the establishment. Unusually, this has united populists on the Left and the Right, and it doesn’t look as though their outrage is going to die down anytime soon.

During my long-running battle to take the U.K. out of the European Union, I often talked about the unholy trinity of big banks, big business and big politics. This alliance still exists, of course, which is why when major retail stockbrokers prevented their clients from making further purchases yesterday, I tweeted “They are all in bed together.” The point is that populism wasn’t simply about the electorate following one or two strong figures. It is so much more than that.

For one thing, there is an overwhelming sense in many major cities that those who are in charge of our lives are completely divorced from the reality of our worlds. A common view is that these authority figures look after their own interests only. This feeling has been especially strong since the 2008 financial crisis. What divides the elites from the rest of us is that when they get into financial trouble, as happened in 2007-8, taxpayers bail them out; when the rest of us hit the skids, we are left to go broke. The events of Thursday, January 28 only support that fact.

That GameStop reached a share price that day that overvalues it massively against its current assets and earnings is not the point. Markets are often irrational. As John Maynard Keynes allegedly remarked, “The market can remain irrational longer than you can remain solvent.” Those buying GameStop shares this week were ordinary folks. There were huge numbers of them and they were motivated not just to make a quick buck, but also to take on the Wall Street billionaires and hedge funders who had “shorted” this stock and several others.

It’s worth clarifying that shorting is the act of borrowing shares from a broker and immediately selling them in the hope that they can be bought back at a lower price and returned to the broker, leaving the short seller—a hedge fund, in this and many other cases—to pocket the difference. If the price goes up at the time the shares have to be returned to the broker, the hedge fund can suffer very heavy losses.

The view on r/WallStreetBets is that short sellers are corporate vultures who profit from the misery of others. This is only partially true, as short sellers can expose fraudulent companies such as Enron. Nevertheless, with their eyes wide open, small investors were prepared to take the risk of buying the rising GameStop stock while the hedge funds were losing billions of dollars.

On this occasion, however, without a word of warning, major retail stockbroker platforms such as Robin Hood announced that they would no longer take any new “buy” orders on GameStop. The price of GameStop plummeted. The excuse given was that the market was hugely volatile and there was a need to protect investors from themselves. Yet this looks as though it was nothing more than an outrageous piece of manipulation and it raises some extremely serious questions.

We know that the White House was consulted about the price movements in GameStop and a handful of other stocks this week. No doubt the new Treasury Secretary, Janet Yellen, was at the center of these discussions. No one can doubt the credentials of this distinguished economist, but Yellen cannot possibly be considered an impartial observer. Incredibly, she has accepted more than $800,000 in speaking fees from the multinational hedge fund Citadel, a firm which is in the thick of this saga. In fact, Yellen has been paid some $7 million by various Wall Street companies in recent years just for giving speeches.

I can only imagine the uproar if a member of Donald Trump’s administration had been in a similar position. Yet in the case of Yellen, very few members of the mainstream media have scrutinized the situation. Furthermore, the retail brokers themselves should also be challenged over the conflict of interests in which they are caught. They act not only for small investors, after all, but also for the big hedge funds. When I commented yesterday that “They are all in bed together,” I meant it.

I don’t know if the big funds added to their short positions before the door was closed to ordinary investors, but again the question needs to be asked—and answered—urgently: why were the rules of the game changed to benefit Wall Street?

I’ve never had anything in common before with the socialist congresswoman Alexandria Ocasio-Cortez, but her suggestion that there should be a congressional inquiry into this matter is, I think, a sound one. Those on the Left and on the Right of the populist movement are of one mind when it comes to this scandal and it is no bad thing that they have joined forces. Populism was always about the voices of ordinary people being heard and their suggestions being acted on. Until we have answers, the GameStop revolution is just one more example of the whole system being rigged against them.

Share
Facebook
Twitter
Pinterest
WhatsApp
Previous articleFinally, the country is seeing the EU for what it is: nasty, vindictive and nationalistic
Next articleMinisters have a golden opportunity to save our beleaguered coastal communities. They must seize it

Despite January 6, Trump Leaves a Legacy of Trust with Voters | Newsweek Opinion

Yes, Protecting Us All From An Epidemic Should Be Prioritized Over The Economy