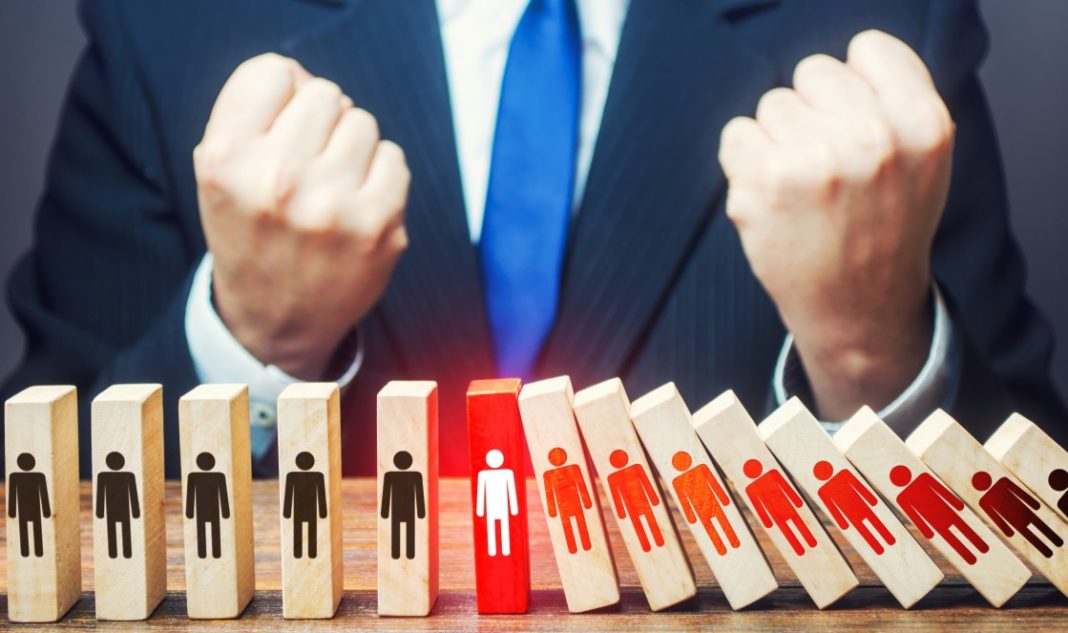 As Britain remains in a state of lockdown, we are reminded by the Home Secretary, Priti Patel, to abide by social distancing guidelines and to obey every other new rule that has been introduced since last month. If we do not comply, we are warned, the police crackdown will become tougher.

Yet while the vast majority of us would always do what we can to stop the spread of this ghastly virus anyway, I have spoken to an increasing number of people who wonder why they should sacrifice their normal life when our borders remain open and our authorities fail to run basic health checks or quarantine on new arrivals into our airports. Indeed, when you think about just how relaxed the UK government has been with regard to people arriving on our shores since this situation unfolded, isn’t the very term ‘lockdown’ a misnomer? It’s more like a lock-up, in that those already resident in this country have been subjected to severe restrictions while others have been free to turn up from all corners of the world without any inquiries into their health or their plans while here.

Ever since February 21, when Lombardy was put into lockdown, I have railed against the fact that air passengers have been allowed to pass freely through our airports without scrutiny. Almost everybody with whom I speak agrees with me. Yet the experts who advise the government say that 60 per cent of those carrying the virus may show no sign of it via a simple and quick temperature test, and there is therefore no point in conducting them. Admittedly, I am not a trained health professional, but logic suggests that it would be worth conducting the procedure anyway on the basis that the outstanding 40 per cent might be found to be infected.

Starting in January, countries around the world stopped flight arrivals from certain destinations altogether and carried out checks on passengers arriving from others. It is therefore bizarre – to say nothing of irresponsible – that it is only now that the UK is even considering a two-week period of isolation for people arriving from overseas, most of whom seem to be UK citizens who have been stuck abroad but who do have an address to go to in this country.

Eminent biologists have confirmed that much of the UK’s Covid-19 outbreak is a similar strain to that which struck in Italy. I firmly believe that any subsequent inquiry into this pandemic will show that Britain allowed the continued importation and spread of this disease through being lackadaisical, even though our politicians could see what was happening in Milan and its surrounding area.

Knowing how these things work, I expect by the time this future inquiry’s findings are published, most of our politicians will have moved to different posts, meaning that nobody will be held accountable for the death toll being higher than it might have been had they taken action sooner.

A different sense of outrage – though one that is equally valid – is inspired by illegal immigrants who continue to arrive in small boats which cross the English Channel. Early on Sunday, it was confirmed that another 35 people who had made this journey had been taken into care in Dover, bringing to 531 the total number of such migrants arriving on the south coast since we went into lockdown five weeks. Of course, these 531 people are the ones we know about because they were intercepted. How many others have slipped through the net?

The camps from which they come are confirmed as having cases of Covid-19 within them. In fact, two people in one boat in Dover harbour apparently showed clear signs of illness. Yet our new Home Secretary, who vowed to take a tougher line on the issue of illegal entry to the UK, has chosen to remain silent. On Saturday, she chaired the daily Downing Street press conference, and she neither mentioned illegal immigration, nor was questioned on it by any reporters.

Most of those who arrive in Britain in this way do not have identity documents. Invariably, they claim to have come from Iran. And only a tiny percentage of them are ever removed. The message from Boris Johnson’s government to those currently sheltering in Europe but determined to find their way here is loud and clear: illegal immigration into the UK is now easily worth the price demanded by the people-smuggling gangs.

What I find still more extraordinary is that there is little or no media interest in this important matter. News stories have appeared recently about the new wave of boats heading towards Hastings in East Sussex, but little else. In fact, I am beginning to wonder whether some people’s Covid-19 vigilance stops at the point that the term “illegal immigrantion” is mentioned.

I have a friend who is a professional freelance photographer. Recently, he captured many images in Dover of illegal immigrants being ushered into the country by Border Force officials who themselves, according to my friend’s photographs, paid scant attention to social distancing. Yet my friend is struggling to get these images published.

I can quite understand the Conservative and Labour parties ignoring illegal immigration as an issue. They are far too concerned with wanting to appear nice and virtuous. But our media outlets are ignoring a story about which I believe the public feels very strongly. From the Brexit vote during the summer of 2016 to the 80-seat majority won by Boris Johnson in December, a clearly expressed desire to take back control of our borders was voiced. Unless I have got this completely wrong, I would have thought that readers of this newspaper, just like me, would want Priti Patel to act quickly. If she does not, thousands more will arrive across the Channel as this health crisis continues over the summer.