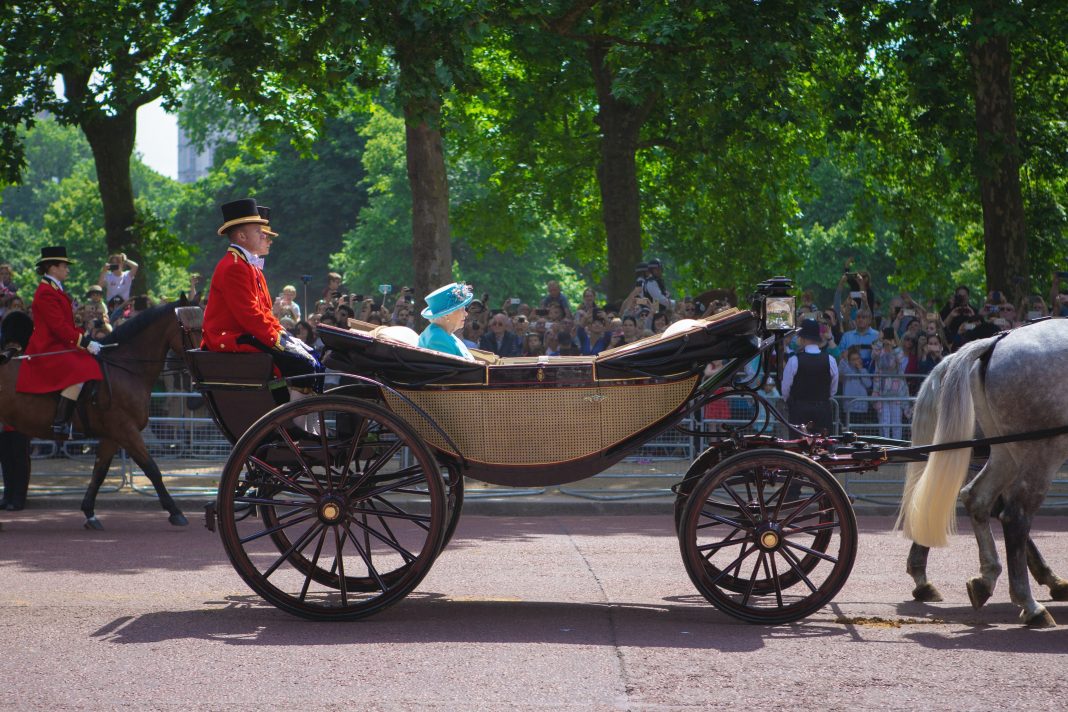 The state funeral for Queen Elizabeth II was the first to be held in the United Kingdom since the death of Sir Winston Churchill in 1965. I was honored to stand by the railings outside Buckingham Palace watching the magnificent procession as the late Queen’s coffin came past on the state gun carriage pulled by 98 Royal Navy sailors, with a further 40 marching behind acting as brakes. There was a total hush in the crowd. Yet by the time the coffin had gone, and the cars bringing other members of the royal family followed, people burst spontaneously into applause. It was like an emotional release. The buttoned-up Brits have been through the most intensely emotional 10 days. I’ve never seen anything like it.

Later that day, something even more remarkable happened. The Queen’s body was taken in the state hearse to Windsor for the committal service at St George’s Chapel. I watched this on a large television screen erected outside a pub in London. The street in which I stood was full of people. Again, all watched in reverential silence as this emotional service was conducted. The symbolism was astonishing. The reading given by Dean of Windsor David Conner was also read at the funerals of the Queen’s grandparents, King George V in 1936 and Queen Mary in 1953, and her father King George VI in 1952. Before the final hymn, the state crown, the orb, and the scepter were removed from the Queen’s coffin and placed on the altar. Then the coffin began to disappear from view. With that, the chapel sang the national anthem, whose new words everybody will have to get used to after the Queen’s record-breaking 70-year reign.

As “God Save the King” was sung, I witnessed another entirely unforced response as members of the public alongside me in the street outside the pub stood to attention and sang their hearts out as well. It is no exaggeration to say that many people shed tears at this point.

Of course, never having been involved in any scandal, and never having put a foot wrong in the 70 years that she was on the throne, the Queen was a truly remarkable woman. So much so that she was without doubt the most famous person in the world. And as head of the Commonwealth, which comprises 56 nations across all inhabited continents and has a combined population of 2.5 billion people, I think she was also the most loved person in the world. It is estimated that up to 4 billion people—half the entire global population—at some point watched the funeral proceedings.

Amid the sadness of recent days, and despite wishing King Charles III well, I have worried, asking myself: are the values that the Queen represented going to die with her? Those principles are decency, honesty, tolerance, Christianity (yes, I’ve dared to say it), and duty. The Queen not only epitomized each of these, she held them dear—particularly her faith. These values are crucial to understanding how she did what she did for so long.

Any who have allowed themselves to be swept along by the temporary tides of fashion might be under the impression that these values are hopelessly out of date. They might believe that young people in particular have no regard for them. And yet the response in Britain and in the wider Commonwealth, from Canada to Australia, has been truly awesome. It is as if we not only rediscovered how precious our politically neutral constitutional monarchy is, but remembered to embrace the true meaning of the word “respect.”

If some good is to be found in the Queen’s death, horribly sad though it was, it is that it may mark a little bit of a turning point. People in Britain, regardless of their political views, genuinely were united. As Conner said, “in the midst of our rapidly changing and frequently troubled world, [the Queen’s] calm and dignified presence has given us confidence to face the future, as she did, with courage and with hope.”

Those words should offer everybody some hope for the future. I know many people in America, despite a toxic flow of anti-British barbs, watched the proceedings in awe as well. All this goes to show that good leadership, backed by strong principles, can appeal to the silent majority that still exists in all the English-speaking countries of the world.

Let us hope that the Queen’s death, and the remarkable scenes inspired by her funeral and procession, encourage more people to stick up for the values she upheld during her long life of public service. The world will be a better place for it, just as it was a better place with her in it.