The Brexit Party’s stunning victory is just the beginning. Prepare for a revolution in British politics 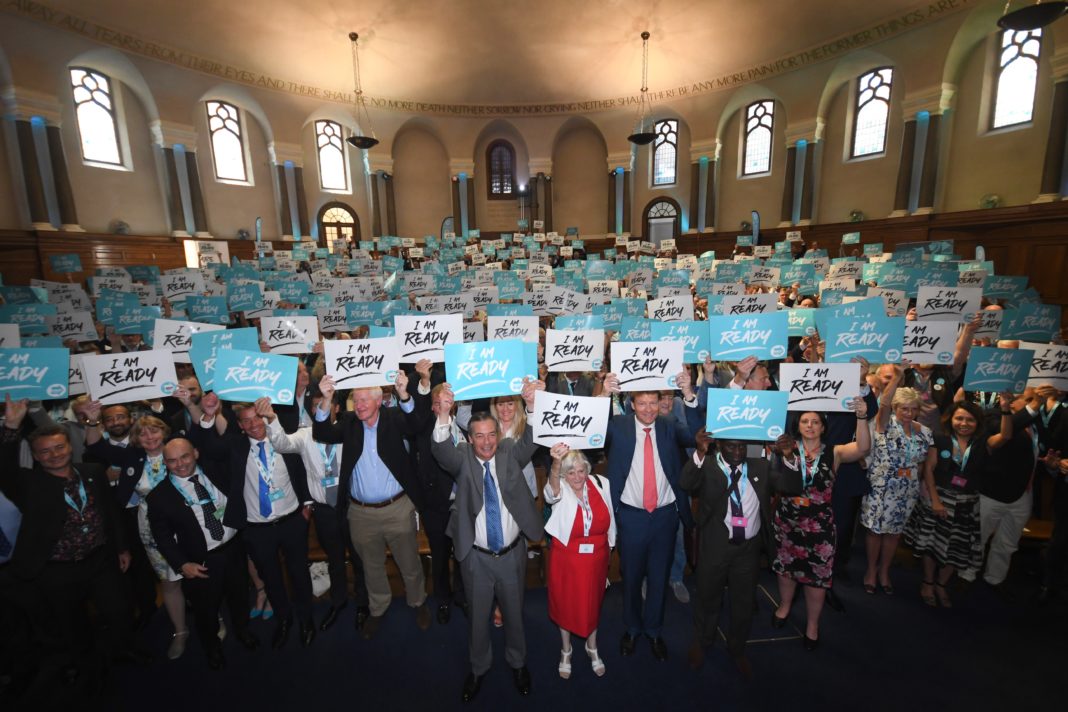 The Brexit Party has made history. We have won the elections to the European parliament within six weeks of being launched. British politics has never seen anything like it.

It took the Labour Party 45 years to win the popular vote in a national election. The Brexit Party has achieved it within 45 days, despite the major parties massively outspending us.

The Remainers want to spin the results to claim they “really” won. Few people will be fooled by these democracy deniers. The clear message of the European elections is that the main political parties have failed to deliver the Brexit that 17.4m voted for three years ago.

These results should be a big wake-up call to the Conservatives and Labour. This is what happens when you keep breaking your promises to the people and destroy trust in democracy. But will Westminster listen?

The fantastic results for the Brexit Party are only the start. Our great team of 29 new MEPs makes us the biggest national party in the European Parliament. They are high calibre men and women with real life and business experience. We now have a mandate to play a significant role in the Brexit negotiations.

We will be pushing for a clean Brexit, under WTO rules. We want to be a self-governing, independent democratic nation – reaching out to and trading with the wider world, free to invest in our regions and take back control of our laws, borders and money. Theresa May has gone but the ghost of her terrible withdrawal agreement remains. The Brexit Party will oppose any attempt to impose a similar stitch-up that would leave the UK subject to EU rules.

The Brexit Party is the only party that truly believes leave means leave. We will do everything we can to make sure that the UK is prepared to leave with a clean-break Brexit by the latest deadline of 31st October. Any further delay would mean Brexit betrayed – again.

Our campaign to change politics for good is also turning its attention to Westminster. It is high time we got rid of an outdated two-party system that serves only itself. Next week we are standing in the Peterborough parliamentary by-election on Thursday 6 June. We believe our great local candidate, Mike Greene, is the man to represent the Leave-voting people of Peterborough.

Beyond that the Brexit Party is getting ready to stand in the General Election, whenever it comes. As 31 October gets closer it will loom larger in people’s minds. If parliament does not deliver a real Brexit by that date, then the Brexit Party will go on to fight a general election – and we will stun everybody there, too.

We want to put trust back at the heart of our democracy. You can’t tell people 108 times that we are going to leaving on 29th March, as Mrs May did, and then fail to deliver. The Brexit Party will make a contract with the British people – and honour it.

Trust is also the question hanging over the main Tory leadership candidates who claim to be Brexiteers. They might have criticised Mrs May’s withdrawal agreement – not too difficult, given it may rank as the worst deal in history. But when push came to shove, these Tory “rebels” meekly voted for it. So why should anybody believe that they will keep their world and deliver Brexit?

If a clean break Brexit is not offered on 31st October, this is only the beginning of a new political movement for democracy. This is about more than leaving the EU. We want full-scale political reform in this country, to clean out our corrupted and broken political system and get rid of undemocratic absurdities like the unelected House of Lords.

In six weeks the Brexit Party has signed up more than 100,000 paying supporters and won the support of millions of voters. We have done it by putting forward a positive message about Britain’s future, that has turned people’s anger over the betrayal of Brexit into new hope.

The parties of the Westminster establishment are terrified of us. The European election results show they are right to be. The Brexit Party is here to stay and to change politics for good.