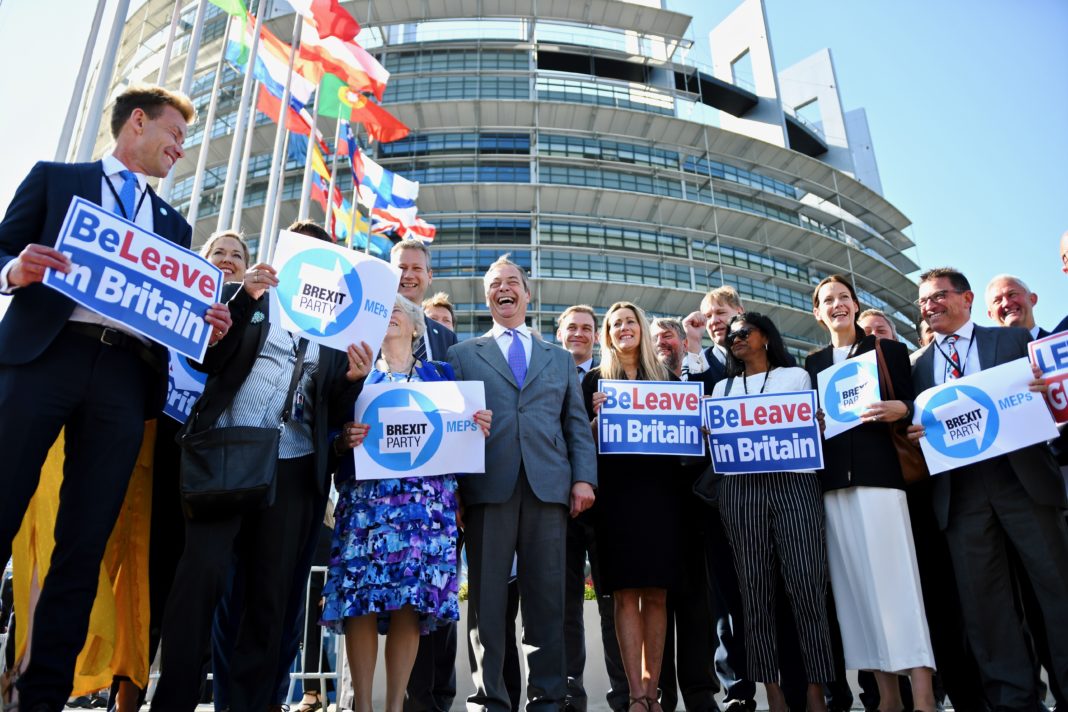 One of the least trusted terms in the English language is “manifesto”. In a word association test, many people equate it with “lie”. This is because politics has become so cynical in recent years. Parties make promises in their manifestos which they think voters want to hear, yet have no intention of keeping them. For these reasons, The Brexit Party is instead launching a contract with the British people. We trust that this word speaks for itself.

First, Brexit. So far, the so-called “Brexit election” has featured very little EU debate. I understand why Boris Johnson’s “Get Brexit Done” slogan appeals, but getting it done properly is even more important. That is why we are pledging a clean break from all EU institutions.

If Johnson is truthful and does negotiate a “Canada-plus” trade deal, the UK would leave those institutions. But having given the Tories a bye in the 317 seats they won in 2017, we will continue to fight hard against Labour and other Remainers. There are about 130 seats that the Conservatives have not won for 50 years. These are our prime targets. Brexit Party MPs will be vital in holding Johnson to his word.

Brexit, however, is just the start of a much-needed political revolution. I know Labour and the Tories would like everything to return to the way it was before the inconvenience of 2016, but that isn’t good enough.

The last three-and-a-half years have proved that UK politics is broken. Many parliamentarians simply hold voters in contempt. There is a palpable appetite for change and the Brexit Party will lead the way as the new radicals.

We need a voting system that is more representative of people’s views, and that increases turnout. It must also be honest. The many examples of intimidation and fraud in our postal voting system over the last 20 years show no sign of receding. Yet Labour and the Tories have no intention of addressing this major scandal. We will campaign to scrap the current postal vote register and return to postal votes being reserved for the elderly, infirm or those working overseas.

We also want to abolish the House of Lords. Having been degraded by successive party leaders who have stuffed it full of cronies, it is not fit for purpose in the 21st century and must be replaced with an elected chamber.

Westminster’s detachment from reality has also been highlighted recently by the huge divide over immigration. The last three Tory manifestos have promised to reduce net migration to tens of thousands per year. They have failed spectacularly.

Now, the party is talking about introducing an Australia-style points system. Yet this structure can be used either to increase or decrease the numbers coming into the country. Until the late 1990s, net migration into the UK was between 30,000 and 50,000 annually. This level was practical.

Today, all UK public services face huge pressure from the growing population crisis. We are now going at half a million people a year. It is our firm intention to get back to post-war norms. We favour an upper limit of 50,000 people a year being allowed to settle permanently in Britain.

Granted, there are times when overseas labour may be needed – particularly after Brexit, as our economy starts to expand quickly. But work permits cover such eventualities. There needs to be an accepted difference between the right to work for an agreed period, and the right to settle.

We must also tackle illegal immigration. The recent tragic deaths of 39 Vietnamese nationals prove this. Yet our Border Force has for months been acting as a ferry service across the English Channel. Almost nobody picked up and brought to the UK by our own officials is removed. This is unsustainable. We need to hear more from Johnson on his proposed amnesty for illegal migrants. Wouldn’t it lead to larger numbers coming in future?

After the referendum, I said that Brexit was a victory for the little people. Yet, so far, they have seen very little reward. It is as if the entire discussion of business and economics in this country revolves around the CBI and large multinational firms.

We know that two-thirds of British businesses do not make a profit over £10,000 every year but are nonetheless subjected to corporation tax. While the amounts they have to pay are often small, they do, of course, have to spend a lot of time and money obeying the law.

Our proposal is a £10,000 allowance for every UK company before that tax is payable. This will remove the bureaucratic burden and encourage people to set up their own firms. There are 5.7m people in this country who run their own businesses or act as sole traders. They will drive much of the UK economy’s growth and must be treated fairly.

The Brexit Party stands for a clean break Brexit. But it is about much more besides. We want to restore faith and trust in our institutions and political system. No other established party wants to do this. As a political force, we are here to stay.

Share
Facebook
Twitter
Pinterest
WhatsApp
Previous articleI have no great love for the Tories, but by giving Boris Johnson a chance we will stop a second referendum
Next articleBoris Johnson will not get Brexit done properly without the Brexit Party in Parliament