Thatcher would have been appalled by May’s handling of Brexit. Why would anyone vote Tory now? 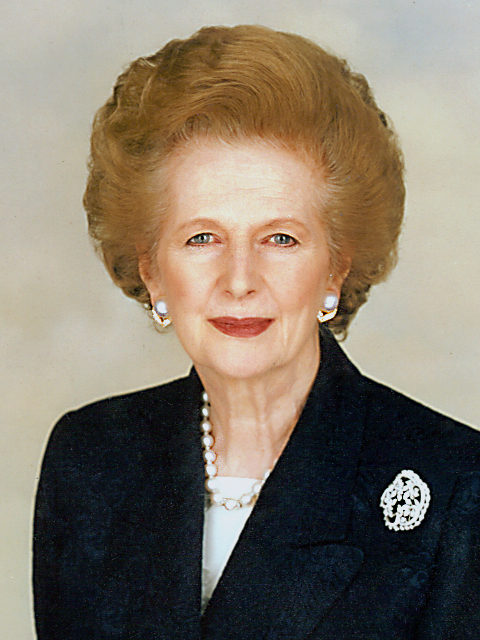 Just imagine that our break-up from the European Union had happened at a different point in time, when Margret Thatcher was at her peak as our Prime Minister. Under her direction, the Conservative Party believed in free markets, in competition, and in encouraging small and medium-sized businesses to thrive. Had Brexit occurred when the Iron Lady was in charge, she would have grabbed the obvious opportunities it offers with both hands.

But fast forward 30 years to today and it’s easy to see how different things are. One of the many rows that broke out in the Tory Party last week came about as a result of the Chancellor Philip Hammond’s speech to the globalist community in Davos. In it, Hammond said that he sought only “modest” changes to our relationship with the European Union. He said that he desired two completely connected and aligned economies between a post-Brexit United Kingdom and the European Union. Mrs Thatcher would surely have been appalled by this.

Admittedly there was nothing particularly new in Hammond’s stance. After all, in her fawning pro-EU Florence speech last September, Theresa May put down a similar marker when she said that the UK will not seek to “attain an unfair competitive advantage” in its regulatory choices when Britain becomes an (allegedly) independent nation once again. And she echoed this sentiment in Davos herself when she emphasised how strongly she believes in a “rules-based global order”. But the question must be asked: why do May and Hammond take this defeatist line?

There is no question that our mainstream political parties and national debate are now all hostages to the new phenomenon of “global corporatism”. This is a concept founded on the principle of creating an ever-growing mountain of regulations which ensures two things. Firstly, that active market participants help to write the rules of their industries. Second, that the cost of entry is so high, it effectively freezes out new competitors. Global corporatism is, in effect, an anti-entrepreneurial idea.

On that basis, it is little wonder that the European Union project is so adored by “Davos man” and “Davos woman”. It reflects their own approach. The EU is a system in which an unelected bureaucracy, accountable to nobody, has the sole right to propose legislation for an internal market of 500 million people. The European Commission, which oversees the day-to-day running of the EU, has more than 3,000 “advisory committees” and they are filled with the very same corporate types who applauded their new saviour, Emmanuel Macron, in Davos.

Let’s not forget, either, that during the 2016 US election campaign, the ever-corporate Hillary Clinton called for a “hemispheric common market” effectively based on the principles of the EU. She did so to the obvious delight of her Wall Street supporters.

The concept of regulatory alignment may have won the argument over the modern Conservative Party, but an entrepreneur would never think like this. They would always be looking for an angle, a competitive advantage. Step forward Donald Trump. The most unremarked, yet perhaps the most significant, part of his speech at the World Economic Forum last week was in the area of regulation, a word that he used seven times.

Trump lambasted the army of unelected bureaucrats in America who have imposed “crushing anti-business and anti-worker regulations” in recent years. And, explaining that their time is up, he said that he has begun to free businesses and workers by undertaking “the most extensive regulatory reduction ever conceived.”

While it’s true to say that Trump never understates his case, the direction of travel is clear. The US economy and American entrepreneurship are booming precisely because the President is lifting the time-consuming and costly burdens of regulation from the shoulders of businesses and workers. This is a point that appears to have bypassed our entire Cabinet as they edge closer to a deal with Michel Barnier, the EU’s chief Brexit negotiator.

A Tory government which truly believed in free market capitalism would not accept global corporatism. It would follow Trump’s example by explaining that deregulation could, would and should be one of the major benefits of Brexit. Only by fully leaving the protectionist customs union and single market will Britain be free to make our own laws to our own advantage.

I have no doubt that Mrs Thatcher would have embraced this opportunity with great vigour. Essex Man – not Davos Man – would have been at the front of her mind. Yet, as things stand, our five million small and sole traders would reap no benefits from Brexit.

Theresa May – or whoever succeeds her – would do well to remember that increasingly these hardworking people who keep Britain’s engine running are asking themselves the question: why on earth should we go out to vote Conservative at the next election?