Twenty-one years after its formation as a single-policy protest party, and on the eve of what promises to be one of the closest, most exciting general elections in recent memory, the truly remarkable rise of UKIP and its charismatic leader, Nigel Farage, have caused nothing less than a tectonic shift in British politics. And the aftershocks are being felt far beyond the corridors of power in Whitehall...

This book, written by the man who orchestrated that extraordinary rise, is not an autobiography, but rather the untold story of the journey UKIP has travelled under Farage's leadership, from the icy fringes of British politics all the way to Westminster, where it is poised to claim the popular vote. In it, he reveals for the first time exactly how, over the last few years, Farage and his supporters have ushered in a very English revolution: secretly courting MPs right under the nose of the political establishment, in the tearooms and wine bars of the House of Lords.

n With characteristic wit and candour, Farage takes us beyond the caricature of the beerdrinking, chain-smoking adventurer in Jermyn Street double-cuffs as he describes the values that underpin his own journey: from successful City trader to (very) outspoken critic of the European Union and champion of Britain's right to govern itself. 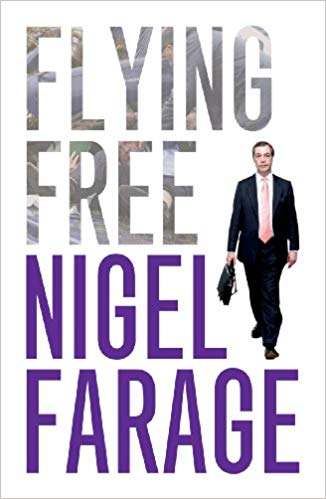 In an age of colourless bureaucrats, Nigel Farage is a politician who is impossible to ignore, provoking controversy and admiration in equal measure. A fun-loving iconoclast whose motto is work hard and play harder, Farage's charismatic leadership and determination to battle the forces of anti-libertarianism have made him a Robin Hood figure to many, and propelled his party, UKIP, into a position of real power in the country. Never one for a quiet life, this paperback edition includes the story of Nigel's extraordinary escape from death in a plane crash on the eve of the 2010 general election (the light aircraft he was flying in got caught up in a UKIP banner it was towing and crashed shortly after take-off, badly injuring Farage and his pilot), his recovery and return to the leadership of UKIP in November 2010. Featuring sometimes hilarious and often terrifying encounters with a stellar supporting cast, including Tony Blair, Gordon Brown, Nicolas Sarkozy, José Manuel Barroso, and UKIP's short-lived, silver-gilt masco, Robert Kilroy-Silk and told with Farage's customary wit and humour, Flying Free is a candid, colourful life story by a fascinating and controversial character. It also shows that one fearless, determined individual can still make a difference. NOTE :Flying Free is an updated version of *Fighting Bull.

“I did not enter politics out of philanthropy but rather as an extension of my own annoyance and resentment at having inherited freedoms infringed by power-crazed idiots spouting gibberish. It gives me particular pleasure, then, to know that we have empowered many others and caused them too to doubt the authority whereby such people presume to grant us rights where we can manage perfectly well with innate freedoms.” 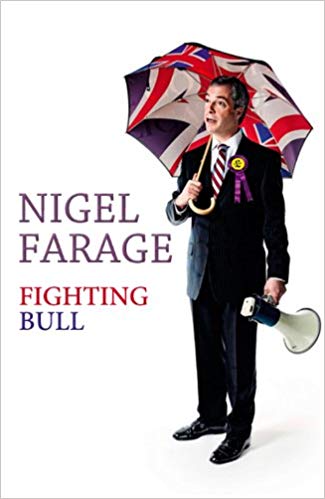 The Western world is going green, no matter the cost to the consumer. At the G7 meeting in Cornwall in June, those...
Read more
Media

In the run-up to the 2015 general election, I was invited to a working mens club in Doncaster. Some people were a...
Read more