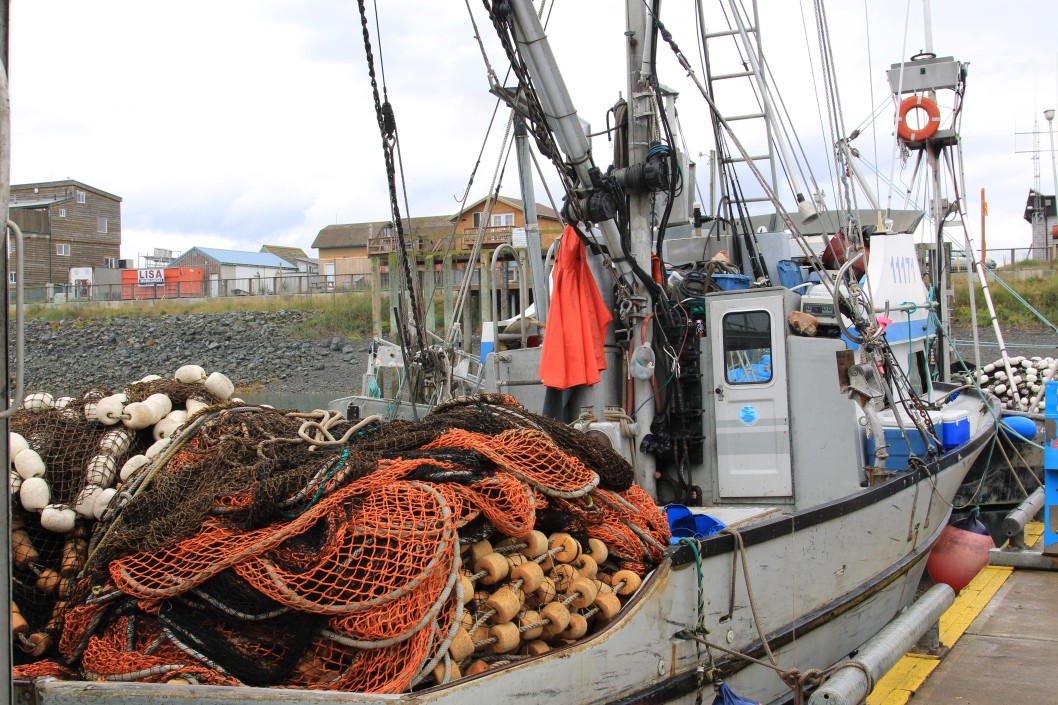 With a government dominated by Remainers, for whom Brexit is simply about going through the motions, having to make concessions over Britain’s withdrawal from the EU was always going to be inevitable. But what’s happened this week in terms of Britain’s fishing industry is hugely worrying and will have significant financial consequences – and I’m not just referring to our commercial fishing fleets either.

I said during and after the referendum that fishing was going to be the acid test of Brexit. Currently every nation – bar the United Kingdom – benefits from the Common Fisheries Policy. For this, we can thank Edward Heath’s government, which sold out this once-proud industry on the principle of equal access to a common resource. The problem is, our resource is better than the rest of Europe’s.

Up until a couple of weeks ago, Michael Gove and other senior ministers gave assurances that Brexit would mean Britain taking back control of its borders. Now, they have backtracked. Today, in the Commons, Gove said in effect: “I know how fishing communities feel. I share their disappointment.” These mealy-mouthed words are insulting to those communities which have been deeply bruised by 40 years of being ignored by the Westminster elite and which voted overwhelmingly in June 2016 to quit the EU.

In order for Brexit to truly mean Brexit, we must take back control of our territorial waters. I fear this transition period will see many more of our fishermen go out of business, particularly in small fleets under 10 metres which are the most sustainable part of our commercial fishing industry. Quite frankly, the European Union do not give them sufficient quota to survive.

Yet, as well as the fisherman, I would like to add another group that has so far not been mentioned in this discussion: the United Kingdom’s anglers. To give you an idea of just how popular this sport is, surveys suggest that one million people in the UK participated in it until a year ago, of which about 300,000 specialised in catching bass. In 2012, almost three million angler-days were passed fishing along the English shore. An estimated £1.23 billion was spent on the sport.

As a keen angler, I can testify that one of the joys of this activity until recently was that we were able to enjoy it with hardly any restrictions.  Then the EU decided to intervene. The Brussels bureaucrats maintain that conservation is an imperative and bass stocks are too low. (This, ironically, from an organisation whose quota policy has led to millions of tonnes of prime fish being thrown back dead into the sea over the last few years). To be honest, I suspect on this matter that their stance is probably correct – at least in some areas.

But the deeply frustrating truth is that UK anglers are not responsible for the damage to bass stocks. The major harm has been done by commercial French trawling fleets. Over the last couple of decades, they have caught huge quantities of bass when they are shoaled up for spawning on the western approaches.

As things stand today under EU rules, no UK angler is allowed to take home a single bass in 2018. Not one. Unbelievably, UK fisheries officials are enforcing this rule as if anglers are now potential criminals. An example of this came recently when anglers who had paid for a day out arrived on the quayside at Littlehampton in West Sussex and were told by fisheries inspectors to empty their bags and boxes onto the pontoon.

It is unlikely that people will go on parting with their hard-earned money if they are treated in this way. And the knock-on effect could be huge. In financial terms, angling is worth a lot more to the UK economy than commercial fishing. Anglers spend their money in tackle shops, with hair collectors, in hotels and of course in pubs and restaurants. Managed correctly, this industry could be one that would lead to more growth in our seaside communities. Certainly, Americans understand this and place far more emphasis on angling than they do on commercial catches.

In the last couple of years we have seen angling shops closing, charter boat skippers going out of business, tackle sales reduced and fewer and fewer people now fishing. I have to confess that the prospect of going out fishing for an evening when conditions are right for bass is more likely to make me say “I can’t be bothered” these days than anything else.

So, please remember: while we should spare every thought for Scottish fishermen and for commercial fishermen all around the United Kingdom, a basic freedom that has been enjoyed for centuries and is available to all of us has also now effectively been cut off at the knees.

Only by leaving the CFP can we get back some common sense for anglers and a brighter future for our commercial fleet. My big fear is that when the government tells us not to worry because it can sort out the fishing industry after transition, the truth is that the can is being kicked down the road.

To take back from our European ‘partners’ something from which they have benefitted to the tune of millions of Euros in the last couple of decades is not going to be easy, and it is clear from today’s proceedings in the House of Commons that the Tory party are kicking the can down the road on this issue.

It will require someone with real, genuine leadership who really believes in Brexit and not more jam tomorrow. This is why I have always known that fishing is the acid test of Brexit.

Share
Facebook
Twitter
Pinterest
WhatsApp
Previous articleThe rise of the EU’s monster Martin Selmayr shows why its days are numbered
Next articleOur liberation from the EU awaits, even if Theresa May has us limp over the finishing line