Only a revolution can save British politics now 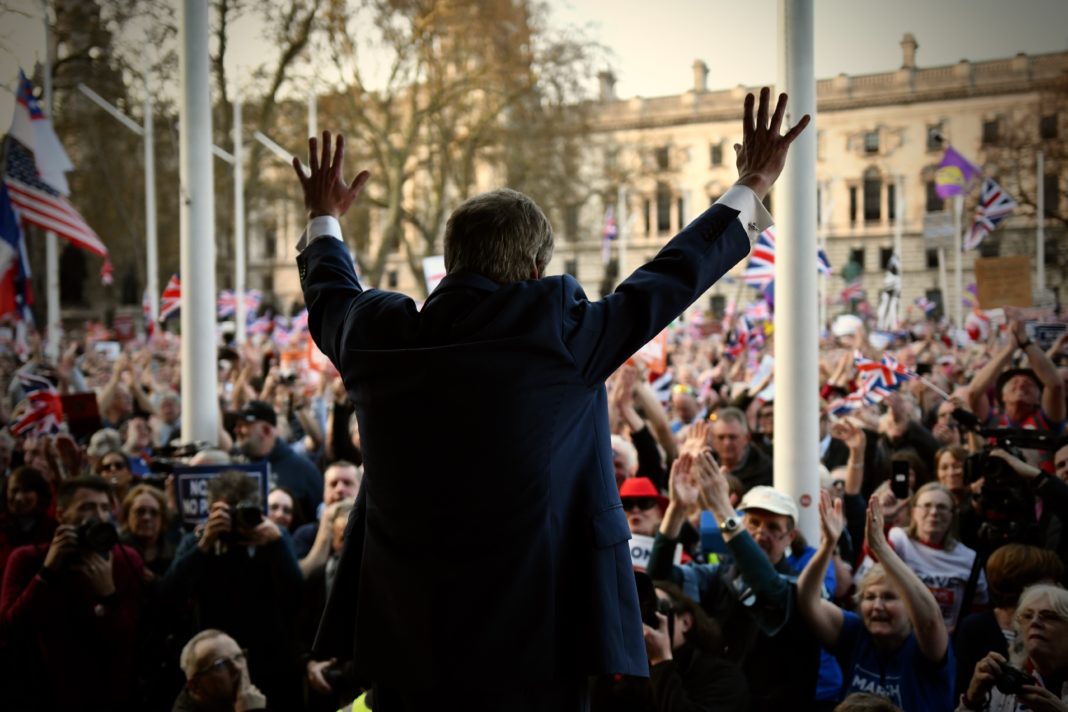 When Brexiteers wake up tomorrow, the ghastly reality that Britain is still a member of the EU will sink in. Those empty promises made by Theresa May that we would leave the bloc at 11pm this evening – deal or no deal – will doubtless echo in their minds. The sense of betrayal will be palpable.

I have never known such levels of anger and disgust at our political class as exist now. Remain-backing MPs seizing control of the House of Commons agenda this week marked a new low. And yet even after hijacking Parliament in that horribly arrogant way, these anti-democrats could not find a majority for anything! I don’t know whether to laugh or to cry.

The irony is that since June 23 2016 there has been a clear majority for something in this country, if only MPs would remove their heads from the sand. Brexit voters are more resolute now than they were 33 months ago.

Some say there is light at the end of the tunnel regarding the catastrophic premiership of Mrs May. In a desperate attempt to get a new European treaty through the Commons, she has offered to quit in return for MPs’ votes. But what is the use of that? Her “deal” is the modern-day equivalent of the Treaty of Versailles: a bad peace after a great victory. It even involves a reparations payment of £39 billion and proposes the annexation of UK sovereign territory in Northern Ireland. Not only is it the worst deal in history, it will guarantee years of acrimony.

I am astonished that some Brexiteers have turned tail and pledged to support the treaty. I can only conclude that their personal ambition exceeds their original, correct judgment. Sadly, for them, I doubt they will ever become prime minister. Two-thirds of Tory voters just want a clean break from the EU on WTO terms. So I urge other Tory MPs not to support the treaty. If it falls then, in time, Mrs May will fall with it.

But can the Conservative Party find the right leader, or is it just an establishment party in hoc to big business with a globalist agenda? At the time of Maastricht in the early Nineties, I voted Tory. I watched successive Eurosceptic Conservative MPs buckle under the pressure. Their reason was always the party’s well-being.

And so it is today. Several senior Tories have told me they now support Mrs May’s treaty because they see it as the best way of avoiding an extension and a possible second referendum, which could split the party. They are putting party before country, career before conscience, and dashing the hopes of millions who want Brexit. Now, as then, I am appalled by their lack of courage.

The fact is that this is a Conservative Party in name only. It takes its voters for granted and makes false promises on immigration and other issues at elections. Like Labour, it is hopelessly adrift from its supporters. A fundamental shift is required in British politics.

In 1993, I helped to found Ukip. I realised fighting from the outside was the only way to force real change. This week, I took over the leadership of the Brexit Party for the same reason. During my 26 years in Ukip, I achieved major change in British politics, helping to make the EU exit debate mainstream when nobody else would discuss it. What I couldn’t do was break Britain’s first-past-the-post electoral system. The four million votes Ukip secured at the 2015 general election gave the party just one seat in the Commons.

While I pray for a WTO deal on the new proposed exit date of April 12, I do not hold out much hope. If, as I think it will, Mrs May’s treaty falls, a further extension seems likelier. This would mean fighting the European elections in May. Should this come to pass, I will make my second attempt at transforming the British political landscape.

Before 2016, I promised to cause an earthquake in British politics. This time, I will attempt a revolution. It will be democratic and peaceful. I have no idea if I will succeed. But I will do my damnedest.

Share
Facebook
Twitter
Pinterest
WhatsApp
Previous articleIf Theresa May buckles and delays Brexit, I will do my best to tear her party limb from limb
Next articleA dramatic realignment of British politics is now inevitable