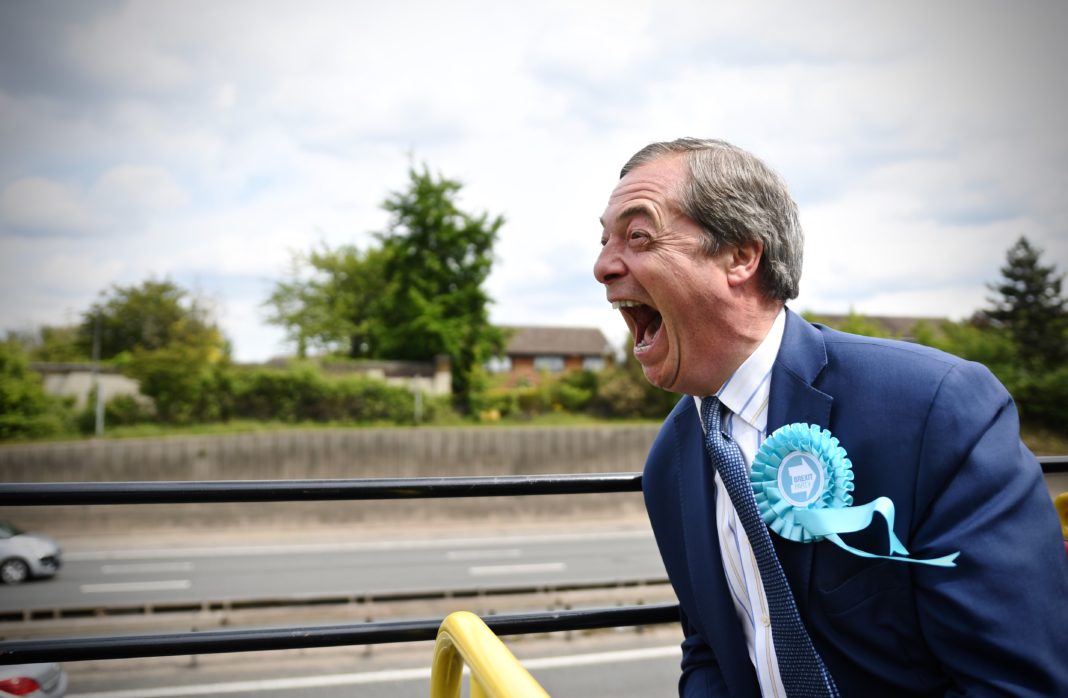 It seems increasingly clear that Theresa May’s appalling Withdrawal Agreement, the worst deal in history, will not pass through the House of Commons. Perhaps the only way in which it could is if the Government repeats Edward Heath’s tactics in 1972, when he forced the original European Communities Act through with the support of Labour. Mrs May’s problem is that she knows doing the same now would irreparably split her own party.

I have thought for many months that the most likely outcome is the can getting kicked down the road. I still passionately hope and pray that we will leave the EU on March 29, but be in no doubt that, if Article 50 does get extended, I am ready to act.

That’s why the Electoral Commission’s official recognition of a new political party – the Brexit Party – is good news for those of us who believe in democracy.

The party was founded with my full support and with the intention of fighting the European elections on May 23 if Brexit has not been delivered by then.

I have made it clear many times that I will not stand by and do nothing if the referendum result is betrayed, so should this election need to be contested, I will stand as a candidate for the Brexit Party and I will give it my all.

I sincerely hope that this prospect is recognised by both the Conservative Party and the Labour Party as a threat. I say this in the knowledge that it was the surge in support for Ukip which led the Conservative government under David Cameron to agree to grant the people of the United Kingdom the EU referendum in the first place.

If only Ukip had stayed on a steady course, it would now be riding high in the polls. The decision to become a party of street activism, and to work with and entertain characters with criminal records, has effectively put a glass ceiling on its future success and rules the party out from being a serious electoral threat. What a waste. But even before this catastrophic change in direction, Ukip was in trouble and making very bad decisions.

The ultimate ruling body was the NEC, generally made up of people with little understanding of politics or knowledge of logistics. Despite being the leader, at times this arrangement left me virtually powerless.

The moment I knew things were beyond hope was when disgraced ex-Conservative MP Neil Hamilton was allowed to take a winnable place on the Welsh Assembly list. I warned that no good would come of it and that proved to be the case.

In contrast, the Brexit Party will have a leader who then appoints a board of their choosing, and the party will ultimately succeed and fail on the judgement and personality of that leader.

This will be a disciplined machine and will run more like a company. Dissenters can go elsewhere.

If Mrs May and Jeremy Corbyn do not welcome the prospect of this new electoral threat, and would like me to retire from frontline politics, they have a very straightforward opportunity to keep themselves happy.

All they have to do is deliver a proper Brexit – the one which 17.4 million people voted for in June 2016. Otherwise, this threat will turn into a promise.

While I know that there is a huge amount to do in a very short space of time to build and organise a new party so that it can fight a national election, I have done this before. Indeed, under my leadership, Ukip topped the poll in the 2014 European election. Time may be tighter in 2019, but it would certainly be my intention to achieve the same result again.

Furthermore, it is possible that in today’s political climate, as even more people self-identify as Leavers or Remainers ahead of Labour or Conservative, the Brexit Party could pose a more significant and longer-term problem for the two main parties.

There is a growing sense that a fundamental realignment of British politics is long overdue. There is no doubt in my mind that Mrs May and Mr Corbyn – perhaps the two weakest leaders of the major parties ever to have graced the House of Commons – are aware of this.

Last month I wrote that my New Year’s resolution was to hope for the best and prepare for the worst, and I meant it. With that in mind, I can confirm that the Brexit Party has already received hundreds of applications from people all over the country who are ready to stand as candidates.

On top of this, a significant amount of money has been pledged to the Brexit Party if it is forced to take part in an election. The engine is running, in other words.

It goes without saying that there should be no need for the Brexit Party to exist, let alone for it to be activated. Increasingly, however, I have a feeling that it will be necessary.

In defence of democracy, we stand ready for battle.

Share
Facebook
Twitter
Pinterest
WhatsApp
Previous articleHow can the BBC be fair about Brexit when it takes money from the EU? We need answers
Next articleThe great Brexit betrayal is nearly complete – but Theresa May still has the chance to be a national heroine