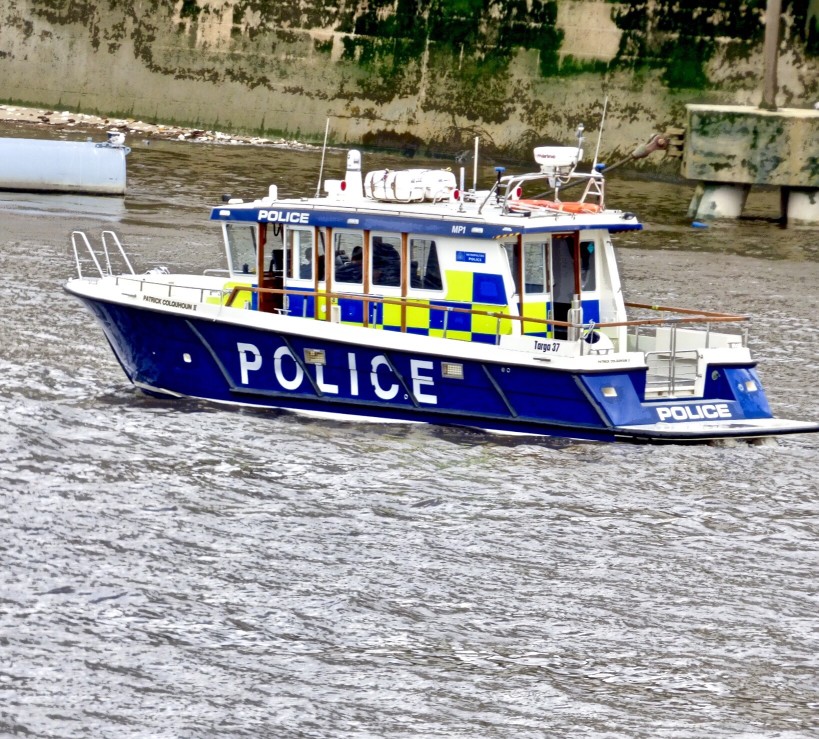 If, in a country of doubtful democratic legitimacy, a story broke about a well-known political and media figure receiving a night-time visit from the authorities after he had criticised the government, I can imagine the response. There would be condemnation from the great and the good and a host of EU-funded left wing groups would talk about human rights, values and freedoms.

Well, at around 10pm on Monday, I received just such a call from Kent Police warning me off travelling to the Kent coast to report on the accelerating migrant crisis. This incident has confirmed my worst fears about the country Britain is becoming.

Ever since the lockdown began six weeks ago, I have been worried about how some police forces would use their new unlimited discretionary powers. Most police chiefs are sensible, but some are not. The extraordinary case of Derbyshire Constabulary pouring black dye into the Peak District’s Blue Lagoon to deter visitors comes to mind. So does the occasion officers from Cambridgeshire Police boasted of having patrolled the “non-essential aisles” of a branch of Tesco in Barhill and declared themselves “pleased” to have found them empty of shoppers.

My experience of this new police state came as I was polishing off a glass of wine. Having been up since 3am, I was ready for bed. Then I heard a determined knock on the door, distinct and unmistakable.

Standing outside my house were two officers. “We understand that you have been to Dover today and we have received a complaint.” they said. “We’ve come to talk to you about essential travel.

I was astonished and, although I remained polite, incredulous. I replied: “I’m not going to take that.”

I pointed out that illegal immigration is something I have written and broadcast about. I explained that seven million people had viewed my videos online in the last week, showing this is a public interest matter in which the public is most certainly interested.

The officers told me they would report this to their superiors and then left.

What a scandalous waste of police time and money. I prefer to take the view that their visit was borne of stupidity rather than an attempt to stop me embarrassing the authorities by talking about illegal immigration, but that does not excuse it.

The fact is that more than 1,000 illegal immigrants have passed through Dover already this year, intercepted by the Border Force, and there has been almost no public debate about this. Indeed, the Home Affairs Committee is being briefed today by the Home Office without any opportunity for the public to hear the conversation. This lack of scrutiny must be a relief for the Home Secretary, Priti Patel.

Those parts of the media that have addressed this topic have only done so to criticise me, opining loftily that I am beyond the pale for even raising the issue.

But who, really, is being honest about this? The North London commentators who would prefer us all to look the other away? Or the general public, most of whom know instinctively that so much to do with illegal immigration is wrong?

The illegal immigration trade is run by ruthless criminal gangs. If they have been paid upfront, they have no concern for the people they have exploited. The immigrants might drown, but that doesn’t bother the gangs. Doesn’t this worry the sneerocracy?

Then there is the fact that some arriving on our shores display symptoms of Covid-19. Is this not also cause for concern? The Border Force is certainly worried, which is why its staff now wear masks and gloves. (Initially, bosses resisted, saying masks would give it a bad image).

Or consider the fact that the boats used are getting bigger. It is a matter of time before a mid-Channel collision occurs, with the Border Force bringing bodies back to Dover. Do the Islington liberals really not care about this?

I would further ask them to understand that many of those who make this perilous journey cannot afford the exorbitant fees they are charged and will finish up in probable slavery in Britain to pay off their debts.

For these reasons, the government must cease effectively encouraging people to cross the Channel for the certainty of a taxi ride in a Border Force vessel, and an uncertain future on British soil thereafter.

I am going to write to the Chief Constable of Kent Police urging him to stop wasting his officers’ time. I don’t know if I will be stopped and fined if I attempt to do my job again. However, I will look at the shipping forecast. Without question, on the next calm day they will come again, and I will be there to cover this scandal.

Share
Facebook
Twitter
Pinterest
WhatsApp
Previous articleChina Must Be Made to Pay Reparations—and Only Trump Can Win This Fight | Opinion
Next articleWhere is Lord Deighton? Boris Johnson’s PPE tsar has been missing in action