Ministers have a golden opportunity to save our beleaguered coastal communities. They must seize it 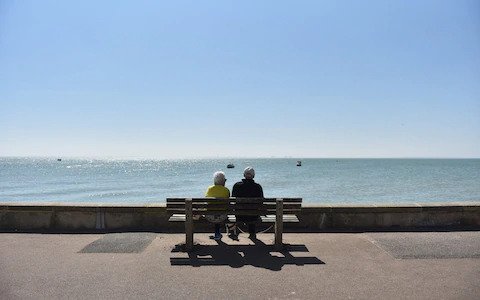 The return of bluefin tuna to British waters mean a managed, recreational fishing industry could thrive, if given the chance.

The British fishing sector is taking flak from every direction at the moment. Not only has the price of fish fallen thanks to the pandemic, but French officials are going out of their way to make it more difficult for our produce to be exported. These blows, together with a Brexit deal which fell way below expectations, mean that the future of many who work in the industry hangs in the balance. Amid the gloom there is some good news, however. Bluefin tuna are back in British waters in huge numbers and, if managed correctly, this could bring a significant boost to fishing businesses. Their presence could also heighten the tourist trade in many parts of the country.

Back in the 1930s, bluefin tuna would follow the herring shoals into the North Sea and intrepid anglers would venture out to catch them. Something of a bluefin craze developed and, in 1933, the Tunny Club was formed. For a time, the number of wealthy visitors such as Lord Rothschild coming to ports including Scarborough and Whitby grew. Figures from Hollywood also took an interest, with actors David Niven, Errol Flynn and John Wayne all making their way to Yorkshire to enjoy the sport. The biggest recorded fish to be landed weighed an astonishing 851lb. Yet sadly, overfishing of the herring stocks after the war led to a decline in bluefin numbers and by the mid-1950s, the Tunny Club had fallen into abeyance.

I never thought I would see bluefin tuna back in British waters in my lifetime but, in 2015, people started sending me reports and video clips of them in Cornwall. In every year since then, the fish have returned. They arrive in August and stay beyond Christmas. Better still, their distribution is not confined to the West Country. They have been spotted in the English Channel as far east as Sussex. Very large numbers have also been found in Wales right the way up to north-west Scotland. The species that some years ago found itself on the endangered list has made a dramatic comeback.

Britain’s membership of the European Union meant that our fishing industry had a zero quota for bluefin tuna. They were not allowed to land any. Furthermore, EU rules and international agreements banned British recreational anglers from targeting the fish on a rod and line. At the same time as Britons were forbidden from catching these fish in their own waters, the French and Spanish were allowed to land 24,000 tonnes of tuna every year. That’s the EU for you.

Now that Brexit is complete, and Britain is once again an independent coastal State, there is a quota. Currently, it stands at a rather measly 50 tonnes per year, but at least it’s a start.

But I want to look beyond this. As the Americans have discovered, the potential value of a managed recreational fishery is far greater than that of a commercial one. A catch-and-release system in British waters could be worth a huge amount of money to many seaside communities. Efforts to introduce this structure cannot begin soon enough.

I have caught bluefin tuna before, though I’m not going to admit that I did so in this country. When a fish picks up the bait – usually a mackerel – it runs off at a great speed. As much as half a mile of line screams off the reel. Tuna fishing is hard work and I would be the first to admit that I reach my physical limits doing it, but it is a very popular activity. I am certain that a well-regulated catch-and-release fishery would see anglers from all over the world flocking to the West Country, Wales and northwest Scotland to enjoy it.

The knock-on effects of this would be enormously positive. Money would be spent in hotels, in restaurants and in tackle shops. The boat-building industry would surely benefit as well. All of this would be a boon for our neglected seaside communities. Who knows, maybe Hollywood stars would join in. I have no doubt there will be objections to this idea from some environmental groups, but the crucial point they must consider is that this would be a truly sustainable system – the very opposite of our European neighbours who continue to kill fish in vast numbers.

To make all of this work, the government must act quickly. The international body to which tuna catches are agreed and regulated is the International Commission for the Conservation of Atlantic Tunas (ICCAT).  As a result of Brexit, Britain is a member of ICCAT in its own right and is therefore able to speak for its communities as it sees fit. Our representatives must inform ICCAT no later than the agreed deadline of 15 February if Britain intends to open a regulated recreational fishery this year. Currently, negotiations involving DEFRA are moving at snail’s pace. There is talk of a limited scientific tagging programme for 2021. This is not good enough. The government has an opportunity to really help coastal communities – where voters have all but given up on Boris Johnson – now. But there is only a week in which to do it.

I know that Mr Johnson’s fiancée, Carrie Symonds, is a passionate conservationist and may well have links to one of the aforementioned groups which could lodge objections to this idea. I would politely point out to Ms Symonds and these groups that we have a common cause. Sport fishermen, seaside towns and environmentalists all have a vested interest in sustainable fisheries. The tuna are here because they are feeding on sardines, mackerel and squid. And, of course, given their size, they eat huge quantities. The biggest threat that I see to a booming industry comes not from our fishermen and anglers but from the continued presence of foreign-owned super trawlers in the English Channel. Each one catches up to 250 tonnes of fish every day. They do a massive amount of environmental damage. A government with vision would ban them and promote a managed recreational fishery.