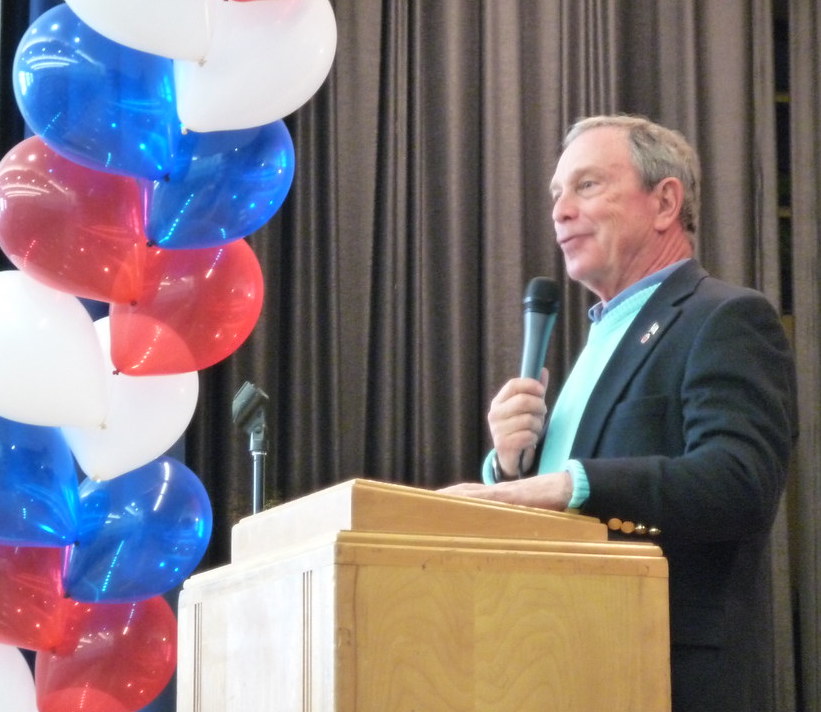 What is it with the American super-rich and Brexit? Last week Goldman Sachs boss Lloyd Blankfein put out a nauseatingly self-satisfied tweet hinting that he intends to move some of his operations from the City of London to Frankfurt.

And today, a report has surfaced that billionaire businessman Michael Bloomberg recently declared Brexit to be “the single stupidest thing any country has ever done” bar electing Donald Trump as president.

On the one hand, it is tempting to dismiss these views as the witterings of the global liberal elite. But since neither Mr Blankfein nor Mr Bloomberg is British, and because America has not been forcibly attached for the last 44 years to the many-headed monster that is the EU, I’m going to give them the benefit of the doubt.

After all, this pair’s understanding of what it is like to watch one’s country surrendering its laws, money and borders by stealth to a remote and unaccountable bureaucracy is non-existent.

Mr Bloomberg’s remarks were apparently made at a technology conference in Boston two weeks ago. The Guardian picked them up subsequently and reported them on its front page this morning with great glee – something that should surprise nobody given that this failing newspaper’s dear wish is to sabotage Brexit. (It recently devoted column inches to an obscure German academic study which claims Brexit is “more complex than the first moon landing”. Need I say more?)

Unlike The Guardian, however, Mr Bloomberg’s company is not bankrolled by a trust fund which it can squander irresponsibly. Indeed, Mr Bloomberg is in London this week to open the new £1 billion European headquarters of his financial news and media company, based in the Square Mile.

It has just invested this vast sum in order to try to expand and prosper. And I would argue in the strongest terms that, however The Guardian wants to present what Mr Bloomberg said in Boston, opening a new European hub in London for 4,000 staff is a massive vote of confidence in post-Brexit Britain.

Let’s face it, if Mr Bloomberg really did have serious reservations about this country, surely he would have ordered a drastic re-think about where to base his new offices, which cover 2.3 acres of prime London land.

Far from giving Britain the thumbs down, though, which is what The Guardian and its cheerleaders want us to believe, it seems Mr Bloomberg is looking at the bigger picture.

It’s true, he didn’t personally support the Brexit vote. Yet he has decided to make the best of the situation. This is the sort of leadership that generates confidence and, ultimately, our country will be the better for it.

As for Mr Blankfein, we know he regards himself as better than the rest of us. Memorably, he said in 2009 that banks like his are simply “doing God’s work”.

That’s all well and good, but he appears to exist on a diet of constant negativity. The tweet he posted last week said:

Mr Blankfein knows as well as Mr Bloomberg does that London is the financial capital of the world and will remain so for copious reasons including its infrastructure, time zone and exceptional workforce.

The problem Mr Blankfein has is that last year he made a bet and lost. He authorised £500,000 of his company’s money to be given to the Remain campaign.

No doubt feeling stung by being shown not to have been blessed with divine judgement on June 23, 2016, he now appears to be hell-bent on some kind of self-justificatory exercise.

How else can you explain why he is having so much fun publicly taunting the very people in London who have helped to make him and the other executives in his bank so stunningly rich?

Shouldn’t he, as Mr Bloomberg has done, develop a thicker skin and focus on the positives that will surely come from Brexit?

Mr Blankfein should remember that when Britain is finally able to unshackle itself from the deeply troubled EU, it stands to benefit in a marvellous way.

All positive people understand this. Indeed EU chiefs like Jean-Claude Juncker – only too aware of the growing nationalism in countries like the Czech Republic and Austria which now threatens the bloc – also know this, which is why they are so reluctant to let us leave.

And, if we have to leave, they want to punish us financially for doing so pour encourager les autres. This is the mindset which Mr Blankfein apparently finds attractive.

As well as this week’s positive news about Bloomberg, it’s worth noting that Deutsche Bank has just taken a new lease on its London office.

These are the indications that post-Brexit is the place to be. In the end, business is business and London will remain dominant post-Brexit and beyond, whatever The Guardian tries to tell its readers

Share
Facebook
Twitter
Pinterest
WhatsApp
Previous articleHillary Clinton still blames me for President Trump. I’m proud to have her as my enemy
Next articleThe EU has infiltrated our universities. We must fight back against its propaganda machine