In Arizona, I saw first-hand the Trump surge. He still has every chance of winning 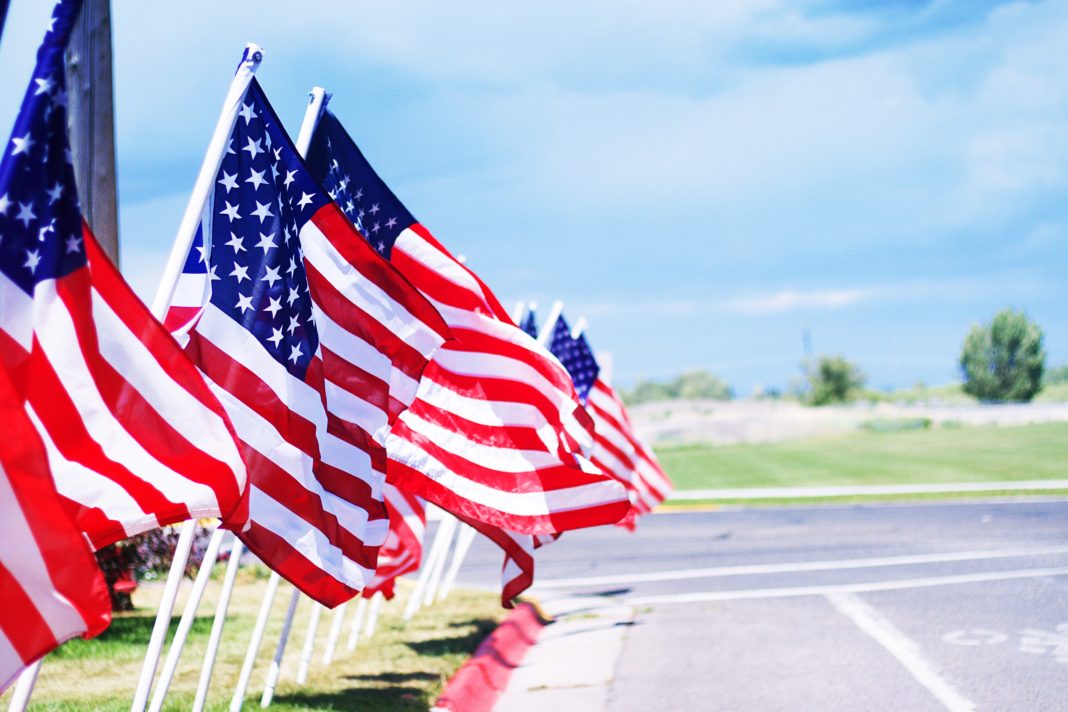 The president has what the Americans call “the big M” – momentum

Thanks to Covid-19, getting into the United States is not easy at the moment. Unlike the British Government, Donald Trump banned flights arriving from China and Europe way back in March. But because I am covering the presidential campaign, I managed to get a media visa, allowing me entry. Since touching down a few days ago, I have found myself not just reporting on the campaign, but getting involved in it.

Early on Tuesday morning, I arrived in Arizona. It has become a key state in this battle. Despite the fact it has voted Republican in each election since 1952 (bar Bill Clinton’s victory here in 1996), Trump won it in 2016 by less than four points. The reason for this narrow margin is that there are enormous demographic changes taking place. Many people are fleeing traditionally liberal California, which has got itself into the most extraordinary political and financial mess, and migrating to its neighbouring state. As Arizona congressman Andy Biggs said to me: “They move to Arizona and then vote for it to become California.”

Trump’s problem in Arizona is not with the ethnic minority vote, however, but with the white middle class. They find him too hot to handle. On the campaign trail, I linked up with two prominent Republican senators, Mike Lee from Utah and Rand Paul from Kentucky. We attended a series of meetings, the first of which was with a group of libertarians who might be tempted to vote for the minority candidates.

Next, we moved on to a crowd assembled outside a Mormon temple. Then, we drove a considerable distance into the Arizona desert. This is cowboy country. We went to Apache Junction, a Western-style town with its own tavern. It was packed to the rafters with people enjoying themselves. It was clear to me that some of the crowd had been waiting all day. Inside, there was not a hint of anybody wearing a facemask, let alone any social distancing. I was offered an endless supply of drinks, so much so that I had to give many of them away. This event was extraordinary. Everybody there was cheering with wild enthusiasm.

What I saw out in the desert, and at the Mormon gathering, and elsewhere in Arizona was not just an excitement about Trump – often from people who said they did not vote at all in 2016 – but also evidence of how well organised the Republican Party is. I have observed the same thing across other states in America. This is why they are registering more new voters than the Democrats. The Republican Party may be raising less money, but my impression is that while Joe Biden is spending vast sums on television ads, the Republicans are targeting and spending their money better.

Another clear difference between Biden and Trump relates to their rallies. Biden holds fewer of them, not as many people turn up to them, and they are less lively. This reflects what the polling shows: the primary reason which many people offer for voting Biden is a dislike of Trump rather than an eagerness for the Democrat candidate. This is not exactly the strongest motive for electing an American president.

Wednesday morning in Arizona dawned bright and beautiful, even if I did feel a little tired after the night before. There was huge anticipation as Trump was coming to the town of Goodyear, a suburb of Phoenix. On most days, the President now holds three rallies, speaking for at least an hour at each of them. The man has the strength of an ox. Compare this with Biden. He stayed at home in Delaware that day. True, he submitted himself to a press conference, but it was noticeable that after he had finished, he took no questions from the media.

There may be a good reason why: mounting revelations concerning his son, Hunter, a former drug addict. Despite Hunter’s very limited business experience, he was paid $50,000 a month by the Ukrainian energy firm Burisma during the eight-year period that Joe Biden was vice president. According to emails obtained by the New York Post, in 2015 Hunter Biden introduced his father to a top executive at Burisma less than a year before the elder Biden was accused of pressuring government officials in Ukraine into firing a prosecutor who was investigating the company. The Post has reported that Joe Biden himself even boasted about the prosecutor’s departure to the Council on Foreign Relations in 2018, when he said: “I looked at them and said: ‘I’m leaving in six hours. If the prosecutor is not fired, you’re not getting the money.’”

Questions about this will not go away. Neither will questions about access that Joe Biden gave his son during these years. Why, for example, did Hunter Biden accompany his father on an official trip to Beijing in 2013 while he was in the process of setting up a Chinese private equity firm? Just 10 days after this visit, Hunter Biden’s new company received a £1 billion investment deal from the state-backed Bank of China.

Not only that, but Joe Biden’s two brothers also appear to have secured some very lucrative contracts during his time as Vice President. While none of this may in itself be proof of corruption, it is clear that Biden is very much on the back foot. The tech giants in Silicon Valley, and the mainstream media in New York and Washington, have barely touched these stories, meaning they have not spread as quickly as they might. Of course, Biden is their preferred candidate, leading some to conclude that they have been overlooked deliberately. Nonetheless, it seems Joe Biden will spend the last few days fighting a wholly defensive campaign.

Against him, love it or hate it, is the human dynamo, the great showman that is Trump. As I stood in the 15,000-strong crowd in Goodyear, waiting for the President to arrive, the atmosphere was building to fever pitch. Then, as Air Force One flew into view, the crowd surged as though everybody was riding a wave of elation. I must confess, I cried tears of laughter at the whole spectacle. Nobody in western politics has ever campaigned with this level of drama before, and probably never will again.

As the plane touched down, the Phil Collins song In the Air Tonight played over the sound system. Shortly after, on came Eye of the Tiger by the rock band Survivor. Trump apparently picks the music played at his rallies personally. The drama of the event was breath taking. He arrived on the catwalk and slowly made his way up to the podium, stopping to wave and engage people in the crowd. He spotted me in the front row, made a thumbs up sign and smiled. For a man of 74 who was diagnosed with Covid-19 just four weeks ago, he looks in remarkably good shape. He has lost weight, he has recovered mentally, and he is clearly in his element on the campaign trail. The contrast between Trump this week and his appearance at the Tulsa rally in June is tangible.

When he stood at the podium and said that he thinks he is going to win next week, I could tell from his body language that, unlike in Tulsa, he actually meant it. His message was simple, direct and clear. He was upbeat. He was optimistic. Next year, he said, is going to be the best the USA has ever experienced. He also warned that a vote for Biden would be a vote for more lockdowns. It’s “Sleepy Joe” versus prosperity under him.

Towards the end of his speech he called the senators onto the stage to say a few words. Then, to my great surprise, he called me up to join them. I was delighted to show my support for him in public, as I have done unwaveringly over the last four years even if, because of one or two of his tweets, it has not always been easy. In August 2016 in Mississippi, when I last shared a stage with him during a presidential campaign, he told me I would be his friend for life. I’m pleased to say that is still true.

On stage, I pointed out to the crowd that over the last four years, the establishment in America has never accepted the legitimacy of his presidency, putting him through the Russia hoax and a false impeachment. The resilience and courage of this man knows no bounds. These qualities in him add to the fact that he’s managed to keep all of his promises. America is no longer a warmongering nation but a peace broker in the world. The latest evidence for this comes in the extraordinary alliance now being forged between Israel and many Arab states.

I also believe, as I mentioned, that a Trump victory is central to how the Western world will develop over the next few years. Who else will have the courage to stand up to the Chinese Communist Party? Who else is prepared to challenge and scrutinise Antifa and Black Lives Matter? Who else is prepared to call them what they are: Marxist movements? If the culture wars in which the whole of the Western world is currently engaged are to be won, Trump being in the White House will be pivotal.

As things stand, Donald Trump has what the Americans call “the big M” – momentum. That is why I believe he has every chance of winning next week. And I pray that he does.