If you thought 2016 was a year of revolution, just wait for 2020 and angry Britain’s Brexit backlash 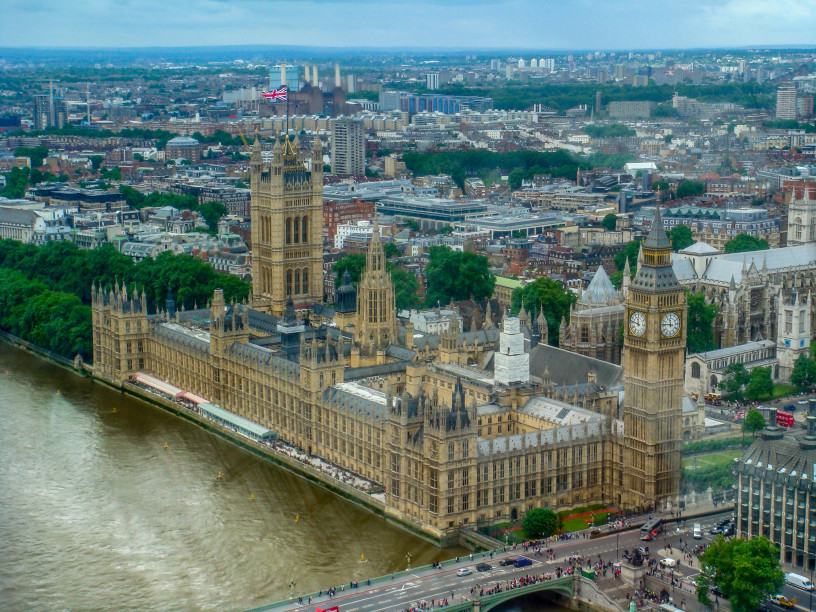 As this year of political revolution draws to a close, the prospects of the European Union as 2017 approaches could hardly be bleaker. There is no doubt that Brexit is the worst thing ever to happen in the history of the Union. But right across the continent further political opposition is on the march.

It is quite astonishing that in Italy the popular stand-up comedian Beppe Grillo’s Five Star Movement is now constantly above 30 per cent in the polls. In France, Marine Le Pen looks set to win the first round of the French presidential election and while she is not favourite to win the decisive second round, events of 2016 show that it would be foolish to say that it is entirely impossible.

Even in the Netherlands the controversial Geert Wilders leads the polls with a general election due in the spring of next year. The greatest threat to the Union economically would be a further run on the Italian banks and some clever financial minds think that Chancellor Angela Merkel may yet have to bail out Deutsche Bank ahead of her own German elections next autumn.

In many ways, the comment that Donald Trump made to me when I first met him – that Brexit was a smart thing to do – looks correct. We may well have just escaped from a building that is catching on fire.

Despite all of this, though, the process of Brexit would appear not to be going anywhere at all. Increasingly, I am beginning to feel that Prime Minister Theresa May’s reassuring early words about “Brexit means Brexit” in July this year are not amounting to very much in the way of action.

The contradictions that we hear from Cabinet ministers every single week make this Government look rudderless. Boris Johnson, the Foreign Secretary, has apparently been briefing foreign ambassadors that he personally is in favour of the European free movement that he campaigned against at the referendum. Philip Hammond, the Chancellor, openly questions whether we will leave the Single Market. Even David Davis, the hardline Brexit secretary, has appeared to suggest we may have to continue paying membership fees for access to the Single Market.

It seems to me that we are heading towards a move to the Norwegian-style compromise over Brexit. There is no doubt in my mind that a majority of MPs in Parliament want us to remain in the European Economic Area, with all that it implies. I fully expect that the Supreme Court will uphold the previous judgment on Article 50, and now Jeremy Corbyn’s Labour Party has made it clear that it wants to try to use any parliamentary vote to bind the Prime Minister to keep us in the Single Market.

A Norwegian-style outcome would not be what we voted for in the referendum on June 23 and I sense that among the 17.4 million people that voted for Brexit their frustration is moving towards anger. The one beneficiary of all of this will not be Tim Farron, despite his one-off victory in the Richmond by-election. It will be Paul Nuttall, who has taken over from me at the helm of Ukip at a very fortuitous time.

Ever since the Danes were forced by Brussels to reverse their referendum decision on the Maastricht Treaty nearly 25 years ago, the European political elites have thought they would always be able to overcome any setbacks that voters had the temerity to inflict on their beloved project of integration.

To date, they have been successful, with a referendum in Ireland on the Nice Treaty being reversed and referendum decisions in France and the Netherlands wilfully ignored. Earlier this year, the Dutch voted against an EU Association Agreement with Ukraine but have been told that their wishes will be disregarded.

Here at home, in the past few weeks we have seen an attempt to change the terms of what we voted for. We keep being told, day in, day out, that we did not vote to leave the Single Market and that the British people didn’t know what they were voting for. And yet, if you look at what every single leading campaigner of both the Leave and Remain camps said, it could not have been clearer that a vote to leave included the Single Market.

In the face of growing pressure against Brexit from the Labour Party, the Liberal Democrats, the Scottish Nationalists and a growing number of Tories, I believe that the Prime Minister is failing in her duty.

We have seen this before. As home secretary, she would repeatedly talk tough on immigration only to preside over huge numbers of people continuing to come to the country.

While I wouldn’t expect her to completely reveal her hand, I would have expected some leadership on this issue. Even when we do invoke Article 50 we may find the going tough. As for the moment, there are many in Europe who appear to put their blind faith in this failing project above the argument of economic logic that they need us more than we need them.

I think there will be growing calls among Leavers for us to abandon the Article 50 route altogether. After all, the numbers coming into the UK from the EU continue to rise as shown in the migration figures released last week. We are still spending a net £30 million a day to stay part of the club.

However loud the voices get to repeal the 1972 European Communities Act, this option will undoubtedly find little favour in Parliament. So for those of you who are now close to boiling point, I am sorry to say you will have a long time to wait. If, as I now expect, we reach the spring of 2019 and find that our demands in the historic referendum have not been met, then I think something quite dramatic could happen.

However docile British voters may appear to be, I think that this issue is the one on which a really big change could happen and a major realignment of the British political system could occur. If people think that 2016 was a seismic year, I think 2020 will be even more dramatic.

I could, of course, be entirely wrong on all of this and perhaps our Prime Minister will get a grip on her divided Cabinet colleagues and, in the course of the next week, tell us clearly what she intends to do.

But I am not holding my breath.

Share
Facebook
Twitter
Pinterest
WhatsApp
Previous articlePresident Trump is not going to be the ogre some fear, but we need to mend fences – I can help with that
Next articleThe Tories were meant to reform the honours system – they’ve left it in total disrepute