If we want to stop Gibraltar from becoming a Brexit pawn, it needs to become part of Britain 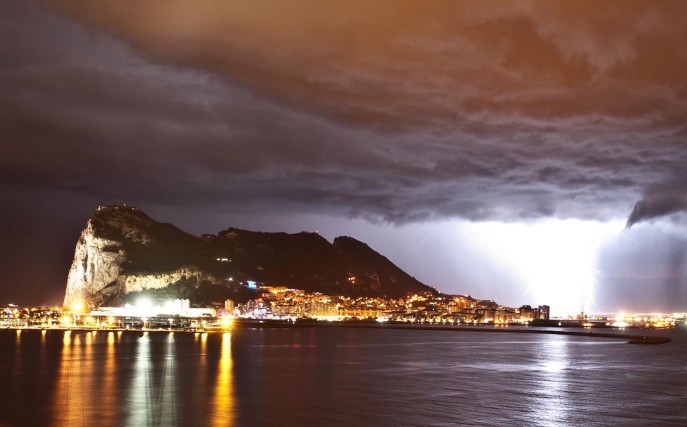 On Wednesday in the European Parliament, we will witness the first public response to last week’s historic triggering of Article 50. On parade will be Messrs Juncker, Barnier and Verhofstadt, the EU’s “A Team” for negotiations with the naughty British.

Donald Tusk, who almost tearfully accepted the letter from our ambassador to the EU, Sir Tim Barrow, last week, and has now issued his guidance notes, appears to have faded into the background.

One thing is already clear. The EU’s opening positions on our renegotiation makes any deal impossible. It is not just the ridiculous bill of £52 billion that they are asking us to pay before any talks can begin –  which completely ignores the fact that we are an asset holder in many of the EU’s properties, in particular, the EU investment bank – that makes reaching a deal difficult to see.

Worse still is the attempt to ban us from entering into any trade negotiations before we leave, and Mr Verhofstadt in his motion for a resolution today even says that any future trade deal with the European Union must bind us into single market rules so that we cannot gain “unfair competitive advantage”.

This is an attempt to keep us in the single market even if we officially leave it. The whole point of voting Brexit was to take back control of our lives and make our own decisions.

None of this compares to what is being said about Gibraltar, which makes any potential deal completely and utterly impossible.

Despite Mr Tusk’s guidelines that “in these negotiations the EU will act as one”, an exception has been made. Clause 22 of the Tusk memorandum says “no agreement between the EU and the UK may apply to Gibraltar without the agreement of the Kingdom of Spain”.

A more vindictive act is difficult to think of. In simple terms, Spain now has the ability to veto any new trade deal between the EU and the UK once the Brexit negotiations have been completed.

It is worth noting that the EU is saying Brexit must be completed before a trade deal can even be discussed. Poor Gibraltar is now in an impossible situation, stuck as piggy in the middle and a bargaining chip to be used by both sides.

All of this took me back to the Maltese referendum of 2003. I went to the island and on my tour I was privileged to meet the most famous Maltese man of all time – Dom Mintoff. I was surprised and shocked at what Mintoff told us, having grown up to believe he was anti-British.

He explained that he had been to Downing Street to meet Harold Macmillan in the late 1950s to put forward a proposition that Malta become an integral part of the United Kingdom, only to have his offer rebuffed by the Foreign Office.

I was shocked to learn how stupid we had been to reject a loyal group of people who were offering us an important strategic military asset.

France, on the other hand, took the opposite stance in the post-war world, and now has five overseas territories as part of the very body of France. Each are designated as a region of the country and have their own elected representation in the Assemblée Nationale.

In the European Parliament debate, Ukip leader Paul Nuttall will not only reiterate our party’s position that Gibraltar become an integral part of the United Kingdom; he will go further.

He will advocate that what is now needed is a referendum to be held in Gibraltar to ask the citizens on the Rock whether they want to become part of our country, with their own MP and devolved powers as we have in Northern Ireland, Wales and Scotland – but in their case to include taxation as well.

If the people of Gibraltar were to accept this offer, which I now believe they would, they would no longer be a pawn in the EU’s negotiations and Mr Tusk would have to scrap Clause 22 of his document.

With this, one of the major obstacles to a sensible conversation between the European Union and the United Kingdom will have been removed.