How can the BBC be fair about Brexit when it takes money from the EU? We need answers 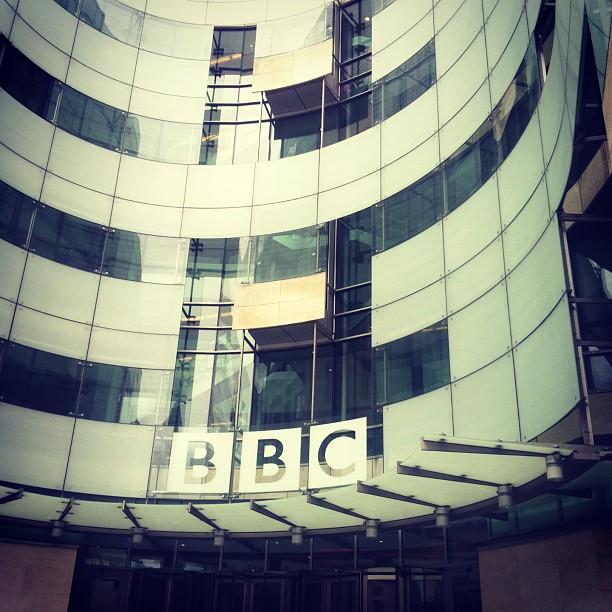 Hours after last week’s so-called ‘Brady Amendment’ passed through the House of Commons, I addressed the EU parliament in Brussels. In the space of three minutes I told those unelected bully boys Jean-Claude Juncker and Michel Barnier, both of whom were present, that the British people are sick of them ridiculing Theresa May. I also made clear why I think UK public opinion is edging closer to a no-deal Brexit and sensed the panic in the room when I reminded them that in this scenario they could kiss goodbye to the £39 billion exit fee this country has promised to pay. I was blunt and to the point.

When I made this speech, the BBC ignored it. Instead, its news bulletins broadcast excerpts of a speech given on the same day by the Belgian politician Guy Verhofstadt, the EU parliament representative on Brexit, in which he savaged Britain’s current position in pretty much every way he could think of.

Our shameful BBC failed to broadcast this excellent, practical speech by Mr Farage, despite showing the Guy Verhofstadt speech (in which GV nearly busted a blood vessel and said precisely nothing!).

I accept that the BBC was under no obligation to transmit my words to its audience. With that said, I did find it bizarre that the BBC thought it acceptable to tell licence fee payers what Verhofstadt thinks of Brexit. This curious editorial decision has been underlined in recent days because it transpires my speech has to date been viewed on social media more than six million times. That’s a million views per day.

Now consider this. Today, I have been passed some documents by an EU source which prove that the BBC is currently in receipt of a seven-figure sum from the EU. I can reveal that under something called Horizon, the EU framework programme which provides grants for research and development, the BBC is involved in six projects guaranteeing it 1,502,663 euros.

Two of these grants were awarded as recently as 2018. Last May, the EU agreed to pay the BBC 546,575 euros to participate in the sinister sounding ‘Harnessing Data and Technology for Journalism’. This project will run until May 2020. And last October, the EU signed off 549,462 euros for the BBC to take part in a project called Global Under-Resourced Media Translation. This runs until April 2020.

The BBC claims that none of the millions it has received from the EU over the last decade find their way into its editorial budget.  Whether that’s true or not (and who would ever know?) is irrelevant. The fact is that the British state broadcaster applies for this EU money and is happy to accept it. I have searched through the latest set of BBC accounts and can find no mention in them of the BBC receiving EU funds. Not a word, in fact. So, that makes the link between the BBC and the EU a secret one in this context.

Yet if this is all so innocent, why doesn’t the BBC just come clean and tell the people about its cosy relationship with the EU? The answer to that question is that the BBC’s chiefs don’t want you – the people who bankroll their sky-high salaries and gold-plated pensions – to know its dirty secret. Why not? Look no further than the example I’ve quoted above, in which a UK politician’s contribution to an EU debate is ignored, and a foreign politician’s critical view of Brexit is trumpeted as loudly as possible. In short, editorial bias.

I cannot be alone in my astonishment that the BBC will continue to receive EU money long after we are set to leave this nightmarish political experiment. Why on earth does it need these funds? Can’t the BBC see the conflict of interests? You have to wonder exactly how the utterly limp, invisible director- general of the BBC, Tony Hall, could possibly justify this, not least because the BBC’s annual budget is more than £3.5 billion per year. Hall won’t say a word about this, of course, though he really ought to.

In a way, there are parallels between the BBC and the EU. Both organisations are shadowy. And both are in trouble. The EU faces a range of threats: from Brexit; from the Italian economy sliding into recession; from the hardline politics of Poland and Hungary to mention just three. At the same time, the greedy, money-grabbing, dishonest BBC is also under attack. Not content with raising its annual licence fee from £150.50 to £154.50 from April, it is now trying to axe free TV licence for those aged 75 and over – just as it is being savaged by streaming services like Netflix. Its future is far from sure.

It’s time the BBC was challenged about its relationship with the EU. At this turning point in British history, MPs need to ask some forensic questions about why it lobbies for this money. Until we all know more about this, it’s safe to say the EU and the BBC deserve each other.

While these relatively small sums of money don’t explain everything, I’m also increasingly angry at the BBC’s coverage of the Brexit debate. Week after week, it would appear that both sides are not getting equal playing time on the broadcaster’s flagship shows. Research by Guido Fawkes shows that since the start of the political season in September 2018, 72% of official panel guests across Question Time, Politics Live and Any Questions were Remainers, and only 13% of shows had a panel equally balanced between Remain and Leave. Brexiteers are usually outnumbered four to one, week after week.