Finally, the country is seeing the EU for what it is: nasty, vindictive and nationalistic 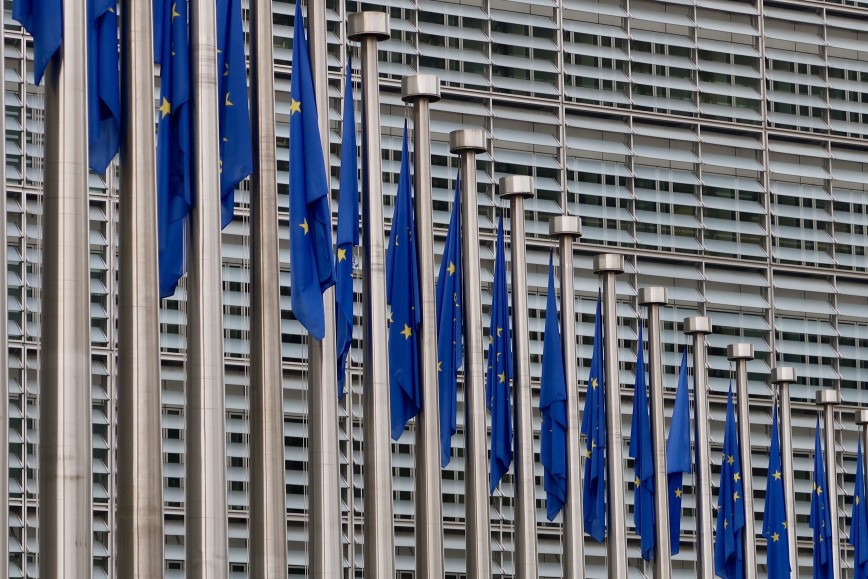 In threatening Britain, the EU has shown its true colours.

During the 20 years that I spent attending the European Parliament, I often found it to be a lonely place. I would launch attack after attack on the very concept of the European Commission, the executive branch of the EU, and for this I received complaints, cold shoulders, and sometimes abuse. Why? Because I was just about the only MEP who was willing to take a stand against this rotten system.

What used to enrage those on the Brussels payroll was my pointing out that the Commission was stuffed full of unelected politicians who had – at best – patchy records in domestic politics but who suddenly wielded significant power over 500 million people. The EU Commissioner for Health and Food Safety, Stella Kyriakides, is a case in point. Her recent pronouncement that Covid-19 vaccines should not be exported outside the EU without official permission tells you all you need to know about the way the bloc does business.

When Boris Johnson’s government decided that Britain would leave the European Medicines Agency in 2020, and that this country would therefore make its own public health decisions in future, there was a chorus of disapproval from the usual Remainer suspects. They claimed that anti-EU dogma would endanger the lives of Britons. So isn’t it fascinating to see how different the reality is? Brexit Britain was the first western nation to approve the Pfizer vaccine for use, with substantial orders placed some time ago. True, much of the British government’s handling of the pandemic has been erratic to say the least, but the fact that 10 per cent of the UK population has received the first Covid vaccine to date is praiseworthy. It goes to show how fleet of foot our nation can be now that it is free of the EU’s shackles.

Compare this with the EU’s 27 states. After a considerable amount of dithering and delay that is so characteristic of bureaucratic machines like the European Commission, the EU is now trying desperately to catch up. Germany has managed just 2.1 doses per 100, the EU average is 1.9 and it’s 1.7 in France. Other member states, such as the Netherlands and Sweden, are lagging further behind. Judging by Germany’s seething tabloid press, and the nightly riots in Dutch cities, EU citizens are not happy with their overlords. More dangerous still from the perspective of Brussels is that political instability in Italy may force a general election there this year. Italy’s Eurosceptic Lega Party is likely to do very well in any such election, and this will almost certainly put the European Commission under further pressure. To make matters worse, the European Commission was told last week by the drug company Astrazeneca that it would cut the supply of its vaccine to the EU by 60 per cent after production delays at its factory in Belgium.

It was against this tense backdrop that the virtually unknown Ms Kyriakides, a Cypriot psychologist turned politician, instructed Pfizer that the EU must be told before more jabs go to Britain. Her statement was designed to show the EU’s people that their big brother in Brussels will look after them. By making what amounts to a nationalist decree that no exports to third countries will be allowed without prior approval, she may have gone some way to achieving her aim. Be in no doubt, however, that at the front of her mind was the relative success of the United Kingdom and the 3.5m vaccine doses that will shortly be delivered here that have been manufactured in Belgium. The fact that Health Secretary Matt Hancock has said that Britain is willing to help other EU countries tackle the Covid crisis appears to be of no consequence.

In her approval hearings to become a Commissioner, Kyriakides called for a uniform EU approach to vaccine distribution, as opposed to a national one. With the UK having made a successful national decision, something had to be said, of course. But by making a direct threat to the United Kingdom, this Commissioner has done more than any other to show the nasty, vindictive and nationalistic side of the EU. Everyone can now see its true colours.

This acts as a brilliant justification of our country’s decision in 2016 to quit the EU. As I’ve said before, there are bad people in this bad organisation who are intent on building a new European Empire whatever the cost. But I believe it is high time that the British government went further and stopped chirruping its charming narrative that the EU is a good institution to which the UK happened not to be suited. If this crisis has taught us anything, it is that the best decisions are taken by national governments acting in their national interest. It is for this reason that I say Europe must leave the European Union. All of us who believe that the best decisions are taken by national governments which are directly accountable to their electorates need to make this crystal clear. With lives at stake, is it not our duty to do so?

Father of Brexit NIGEL FARAGE tells Boris Johnson: The war is over!