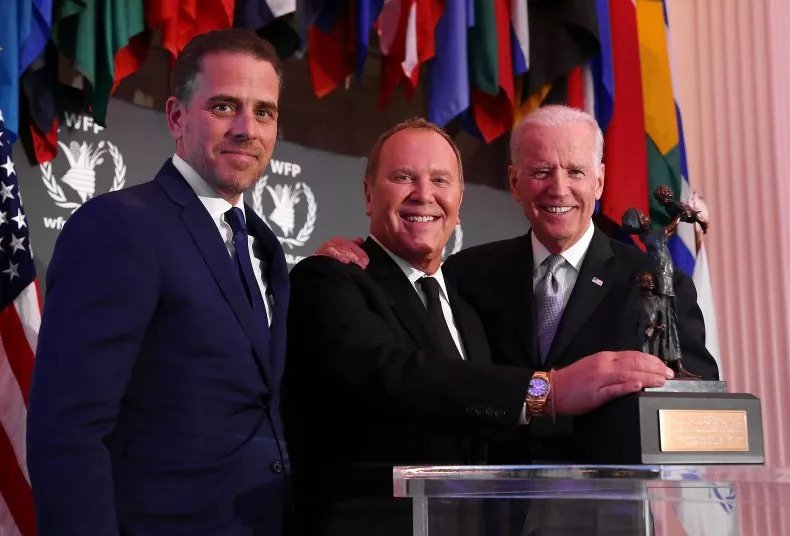 The most electrifying part of September’s televised debate between Donald Trump and Joe Biden came when Biden spoke with genuine passion of the pride he feels about his late son Beau’s military record. Trump’s response was to talk about Biden’s other son, Hunter, pointing out that he was kicked out of the army for cocaine use and has pressing questions to answer about his finances. In so doing, Trump looked a bit mean. Not only that, but his punch didn’t quite land, so the Biden camp would have been mightily pleased.

Everything has changed in the last two weeks, however, and despite the best efforts of the mainstream media and the social media giants to try to suppress the New York Post email revelations about Hunter, questions about Hunter’s suitability for the highly paid role he secured with the Ukrainian energy firm Burisma will not go away. Indeed, there are further questions about some of Joe Biden’s other relatives that also need to be asked and answered. The October surprise has only just begun.

That Hunter Biden has endured years of serious drug and relationship problems is not the point of this scandal. There is hardly a family in the Western world today that has not experienced similar problems. Sadly, illegal drugs and their catastrophic effects are the scourge of our times. Instead, the issue at hand concerns the access that Joe Biden gave his son during his eight years as vice president. Why, for example, did Hunter Biden accompany his father on an official trip to Beijing in 2013 while he was in the process of setting up a Chinese private equity firm? The conflict of interest is obvious. Can you imagine if one of Donald Trump’s children had done the same thing? Yet just 10 days after this visit, Hunter Biden’s new company received a £1 billion investment deal from the state-backed Bank of China. His hedge fund was also allowed to operate a first-of-kind arrangement in the recently formed Shanghai Free-Trade Zone. Nice work, if you can get it.

This marked the beginning of a flourishing relationship that led to Hunter Biden playing a role in the sale of Michigan-based auto supplier Henniges Automotive to the Chinese, helping to create jobs overseas. When Trump said in last month’s debate, “China ate your lunch, Joe,” perhaps what he should have said was: “China paid for your son’s lunch, Joe.”

Just consider this. On the basis of a phone call in July 2019 between President Trump and Ukraine’s president, Volodymyr Zelensky, America was put through the pain of an impeachment process. Yet according to the New York Post, emails it has obtained suggest that in 2015, Hunter Biden introduced his father, who was then vice president, to a top executive at Burisma less than a year before the elder Biden pressured government officials in Ukraine into firing a prosecutor who was investigating the company.

Had a son of Trump’s who was earning up to $50,000 a month from a Ukrainian company been seen to be involved in the removal of an inconvenient prosecutor, I’m not sure Trump would have survived as president. Yet the Post‘s leaked emails suggest this is exactly what happened with Joe and Hunter—and the newspaper has reported that Joe himself even boasted about the prosecutor’s departure to the Council on Foreign Relations in 2018, when he said: “I looked at them and said: ‘I’m leaving in six hours. If the prosecutor is not fired, you’re not getting the money.'” No wonder his campaign closed up shop for the day once all of this was revealed.

The willful attempt by Twitter and Facebook to suppress this story simply will not work and has, in fact, damaged their own reputations. After all, there were no restrictions placed on recently leaked details concerning Donald Trump’s tax returns—let alone the tsunami of other anti-Trump accusations that were spread through those media, from the Christopher Steele dossier to the Russia collusion hoax. Try though the anti-Trump media might, this story is not going away.

But Hunter Biden is not the only member of Joe Biden’s immediate family who seems to have done rather well over the last few years. Perhaps it’s time some questions were also asked about the former vice president’s brother, James. A company he was formerly employed by, Hillstone International, landed contracts worth an estimated $1.5 billion to build low-cost homes in war-torn Iraq. This was at a time when Joe Biden himself led the Obama administration’s Iraq policy. This could, of course, be a pure coincidence, but it is not unreasonable for questions to be asked and answered about how this came to pass.

Joe Biden’s other brother Frank, a lawyer, also appears to have been extremely fortunate in recent times. Despite his lack of experience in international development, various Caribbean business projects in which he has been involved benefited from $54 million in U.S. taxpayer loans. These claims are made in Peter Schweizer’s book, Profiles in Corruption. Once again, questions need to be asked and answered about this.

It is undeniable that the extended Biden family enjoyed great financial success at the same time that Joe Biden rose to become vice president of the United States. Some may dismiss this as nothing more than an illustration of the way the world works. Maybe, but when an email—which has so far not been denied—shows that access and influence appear to have been used improperly, we have the makings of a proper scandal. This could be far more serious than Hillary Clinton‘s missing emails.

Efforts to protect Joe Biden cannot continue if mainstream media organizations want to maintain any credibility with the public at all. We are at a decisive moment in this campaign, and I am convinced that this October surprise will change the polling numbers. Donald Trump will now be thinking hard about updating his “Sleepy Joe” epithet. It never really hit the mark, anyway. Perhaps “Corrupt Joe” or “Cover-Up Joe” is on its way.