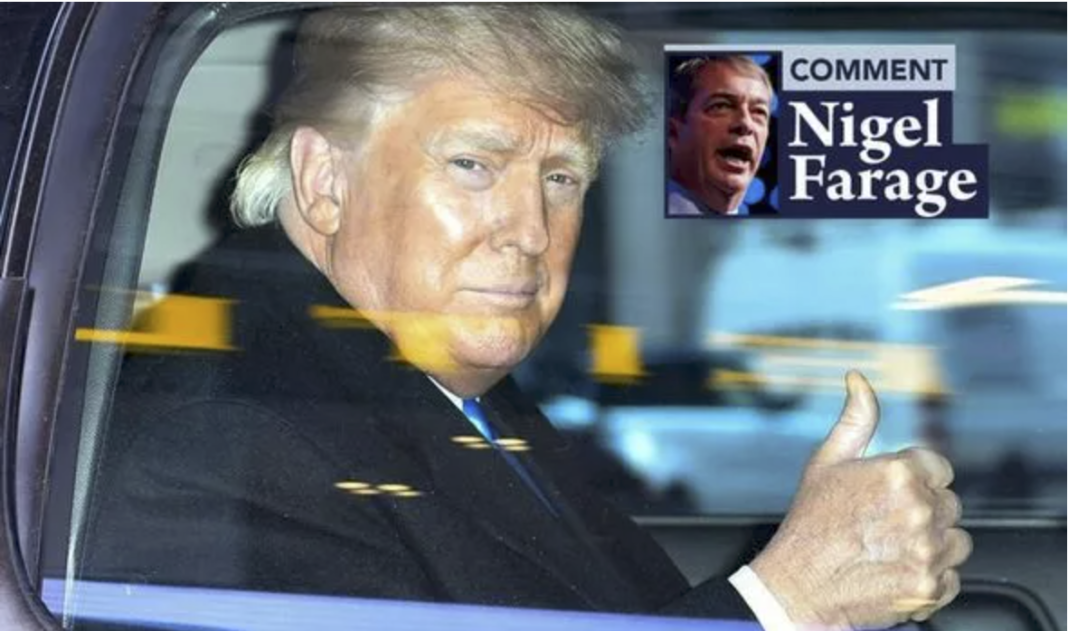 Six months may have passed since Donald Trump was beaten by Democrat rival “Sleepy Joe” Biden but Republican activists and politicians alike are still downbeat and dispirited. They’re looking at four years of radical policies on tax, the environment and further pandering to the “woke” brigade. In the first 100 days of the Biden presidency, the Democrats have threatened to pack the Supreme Court, add new Senate seats in blue areas and are even suggesting the abolition of the Electoral College system itself.

As a result, there is an awful sense that the Constitution of the United States is under attack and, after four years of wins under former President Trump, that does not make for happy conservative campaigners as things stand.

As I arrived in Miami after a two-week quarantine period on the island of Saint Maarten in the Caribbean, many activists told me they find it unfathomable that President Trump won 74,222,958 votes but did not win victory.

Allegations of electoral fraud still loom large and there is not a great deal of enthusiasm in the air.

Over the past week, I’ve spoken in private to several members of Congress who are utterly demoralised.

My first stop was to see an old friend. President Trump looked fit and well at his Mar-a-Lago base and is very seriously considering another run next time around.

Nobody can inspire conservatives in the US like he can and the Democratic Party should think carefully about underestimating him. One thing is for sure in American politics; Trump is not going away.

His admiration for our Queen and our country is unrivalled with anybody else on the world stage, and he still makes a fantastic ally for the UK.

Over the next six weeks, I will visit nearly a dozen states, in association with grassroots organisation . Its mission is to campaign for lower taxes, less government and more freedom, which sounds good to me in this new Covid era.

On my “America’s Comeback Tour” we will re-energise activists across the country and get them back out on to the streets.

Grassroots campaigning is politics’ least glamorous side but, after 25 years of building Ukip and then the Brexit Party, I can tell you that it’s the most important. In fact, by knocking on doors and getting voters out you can increase the vote share of a candidate by more than 20 percent.

The American conservative movement can take back their country as we did by offering people a hopeful image of the future. In politics, it is not just elections we must win, but hearts and minds.

We will mobilise Americans with a positive message.

But I have an even more important message on this tour.

After 2016, Brexit looked lost. As we now know, the establishment spent years trying to overturn the democratic will of the British people.

For a long time, it looked as though they might succeed, with years of political wrangling and legal battles.

However, after launching the Brexit Party in 2019 and winning the European elections with just six weeks of campaigning, we showed that the grassroots can fight back to victory.

This was possible because the anti-EU following I had built up over the previous 25 years was ready on standby.

Brexit voters had not changed their view and they were determined to leave the European Union.

The rest is history, as Boris Johnson took the Conservative Party leadership and Brexit was settled as an issue at the subsequent general election.

For a while it looked as though Brexit might not happen but we seized it back and got it over the line.

That is my message to Republicans on this trip. However bad Biden and the Democrats are, in some ways, their opportunity is now.

As it did in 2016, my hope is that the Brexit message can inspire the Republicans to victory once again.