Conservative Unity Behind Trump is Something to Behold 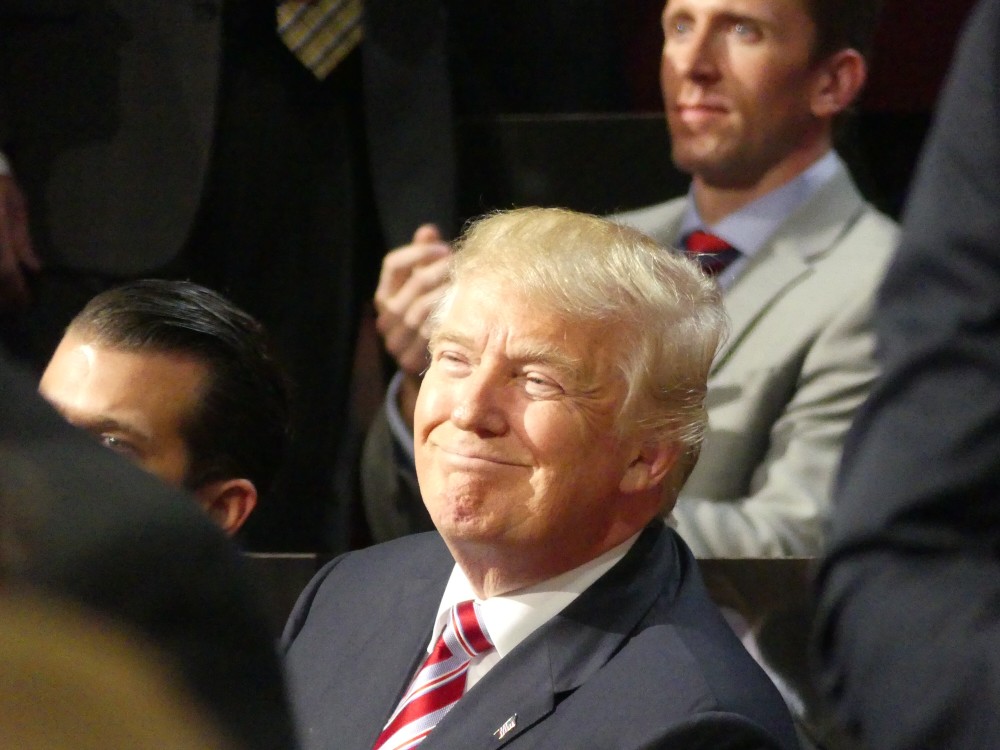 Despite a recent trip to India, a big rally the night before in South Carolina and the fact he had come straight from a long press conference about coronavirus, Donald Trump was in ebullient form at the latest Conservative Political Action Conference (CPAC), the annual political event sponsored by the American Conservative Union.

Indeed, his energetic mood was in marked contrast to many of his younger aides. They had been with him as he made his way through the previous week’s grueling schedule and they seemed pretty shattered. For a man who turns 74 in three months’ time, President Trump looks remarkably well.

CPAC is the biggest annual gathering of conservative activists and officials in the political calendar. After years of being ignored by both President Bushes, and by Republican Mitt Romney-types, President Trump, like Ronald Reagan before him, is now an annual fixture there.

One thing that has changed since President Reagan’s day is the audience. Many more conservatives from all over the world now attend this gathering. I’ve been going to CPAC since 2014 and seem to have become the unofficial overseas speaker. Since the 2016 Brexit referendum, however, I do not feel like an outsider at all. Brexit was the beginning of a global revolution, a populist wave that is still building, and I enjoyed meeting many non-Americans while I was in Maryland. I was even given a business card by a man from the Mongolian Conservative Party!

As Brexit Britain goes head-to-head with the EU negotiators in Brussels after a full English Breakfast and in confident mood, every Conservative that I met was delighted with progress made so far. But the shadow of Huawei is not going away, and there was open talk of the “four eyes intelligence sharing partnership,” at the exclusion of the United Kingdom. Even more haunting were the words of Ted Cruz, as I appeared with him on America’s most popular political podcast “Verdict”. He said to me that four eyes are better than six eyes, a reference to China accessing our intelligence data.

I also witnessed in D.C. just how seriously America is taking the Chinese threat. I met with two senior academics from the Hudson Institute. They are publishing a huge amount of work about the Chinese theft of intellectual property, and the espionage culture of their state. Nothing like this seems to exist in the United Kingdom. Whilst Britain may have led the populist revolt and gained our independence, we really are making a mess of our place in the world.

The speaker whom everybody really wanted to see, of course, was President Trump. It is no exaggeration to say that everybody’s hopes of defeating the forces of globalism rest upon his shoulders. As I said during my speech, four more years of Trump will allow us to beat the globalist project, ushering in tremendous political changes across the West.

The omens for the Republican Party look good at the moment. As a political force, it appears to be remarkably united. President Trump’s approval ratings within his own party are consistently above 90 percent, have not been higher since the mid-1980s, when President Reagan dominated U.S. politics. This is a considerable feat given that in October 2016, when the Access Hollywood tape became public, many prominent Republicans essentially abandoned the party, claiming it was doomed.

I was given an insight into this sense of unity last week when I was honored to be invited as the guest speaker at the monthly Republican senator retreat. Most current senators were in attendance, including Mitt Romney. Given his recent impeachment vote against the President, I must admit that he looked somewhat incongruous in the middle of the group. The rest, though, are right behind their man —up to and including Senator Cruz, who failed to make the case for Trump’s election at the Republican national convention back in 2016.Britain’s Conservatives Must Rebel Over HuaweiREAD MORE

To everybody in the populist movement, flags are powerful symbols, just as they are for the other side as well. (Just consider the European Union, which has planted its flag all over Europe whenever the chance has arisen). My having heard so many positive comments about Brexit Party MEPs waving their flags as a goodbye gesture in the European Parliament during our final sitting in that place in January, I wondered at CPAC if I would dare to wave a Union Jack on stage in the USA. Given the audience knew all about the 1776 Declaration of Independence against the British state and, indeed, the burning of the White House in 1812, I had thought this might be a bit of a risk. Yet whatever differences have existed in the past, my decision to unveil a Union Flag was met with the most rapturous applause. It is much more than just a national flag these days. It is a symbol of defiance and victory for our movement. I fully expect more people across Europe to wear Union Jack T-Shirts over the next few years. It is a sign of liberty.

As the coronavirus wipes hundreds of billions of dollars off global share prices, it will not be long before countries like Italy begin to want to take their own economic measures without first having to ask for permission from their masters in Brussels. If economies do suffer a 2008-style crash, partly or wholly as a result of this growing health crisis, it is entirely possible that even more people will seek to vote for new parties which believe in the nation state rather than in the globalist project. I believe that the key to the entire revolution rests on the U.S. presidential election in November, and I have never felt more confident.

Share
Facebook
Twitter
Pinterest
WhatsApp
Previous articleWe Didn’t Free Britain From Brussels Only To Bow Before Beijing. Conservatives Must Rebel Over Huawei
Next articlePlease, Chancellor Sunak, don’t forget about the little people in your Budget