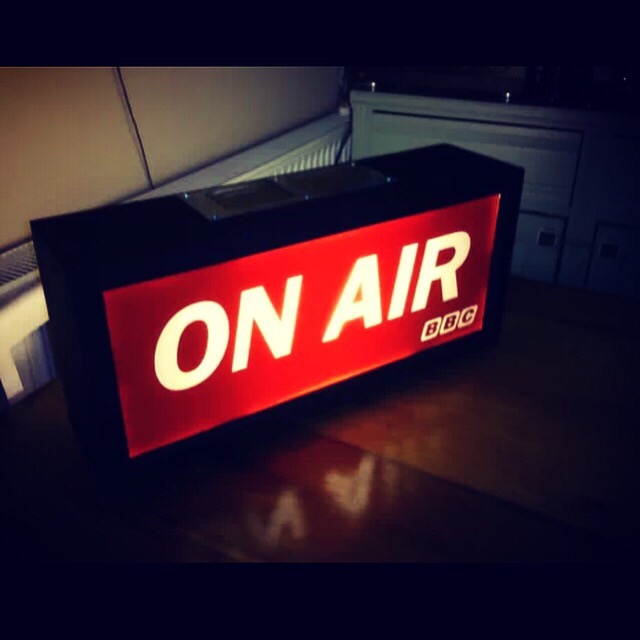 I’m not the first person to have been on the receiving end of BBC bias, and I won’t be the last. But with an election campaign under way, I had expected our state broadcaster to behave responsibly in its coverage of this pivotal moment for democracy in Britain. Not a bit of it. On Sunday I was on The Andrew Marr Show. I anticipated a tough and free-flowing interview about the Brexit Party, our candidates, their strikingly different backgrounds, our campaign, and the merits of MEPs and the EU elections.

Instead, shortly after the interview began, Marr produced a piece of paper and started reading scripted questions relating to things I allegedly said or thought years ago – questions, by the way, which I am certain I have been asked by others on many previous occasions.

I am well aware of the saying “For a politician to complain about the press is like a ship’s captain complaining about the sea”. But I genuinely thought Marr wanted to learn more on behalf of BBC viewers about what is happening now rather than focusing on positions I reportedly took a long time ago. I am not scared to discuss the past; I just happen to believe that the present and future are more urgent. Britain is politically paralysed. The stakes could not be higher.

Since April 12, the Brexit Party has been incredibly busy. From a standing start, we have selected 70 first-class men and women from all walks of life and criss-crossed the country staging rallies attended by thousands of voters. Those who have come to these events say they have been betrayed by a political class which has refused to enact Brexit. The strength of feeling in every region is palpable.

Yet at no point, until last week, did any major BBC programme invite any representative from the Brexit Party to appear as a guest. I was on Question Time last Thursday, but I had to fight like crazy to secure my seat on the panel. Our rallies have barely been covered by the BBC either, though they have been watched by millions online. The Brexit Party has been outperforming every other party in the polls. Something remarkable is going on. But the BBC has seemed intent on ignoring it.

I had understood Marr wished to use those valuable few minutes we had together on his programme to discuss the Brexit Party, the EU and democracy. He even boasted at the start of the show that he had been covering British politics since 1983 and that these elections would be “by far the strangest contest I’ve ever reported on” because the Tories were hardly bothering to campaign while saddling taxpayers with more than £100 million for the pleasure of holding the election. “This is very important,” Marr said. I agree. But when it came to talking to me about the Brexit Party, which has at its  heart a desire to scrutinise this Establishment-sponsored con, this supposedly seasoned journalist only cared about the past. It’s tragic, really.

One of Marr’s most outrageous assertions was that during the referendum I did not fight for a no deal Brexit. In fact, I did. On June 8, 2016, in a debate that captured the biggest television audience of the entire referendum campaign, I even stood up and said: “No deal is better than the rotten deal that we have at the moment.” My words were even picked up and quoted by the BBC website. Perhaps Marr’s researchers ought to work harder. Or maybe Marr, who is paid £400,000 a year, ought to do his own research.

In February I disclosed in the Telegraph that the BBC still receives a seven-figure sum from the EU under the EU Framework programme, which provides research and development grants. It has taken millions in this way from the EU during the past decade. Apparently, none of this cash is used in its editorial budget. True or false (and who would ever know?) the fact is, it accepts EU money. It does so secretly, without mentioning this in its accounts. I find this highly suspicious.

More recently, I have been told by multiple commentators who take part in BBC programmes that they have been instructed by producers not to mention the Brexit Party in order  to avoid publicising us.

During the past fortnight, I paid my BBC licence fee. I’m beginning to wonder why.