After a terrible day, I am Ukip leader again. But the party has a great future without me 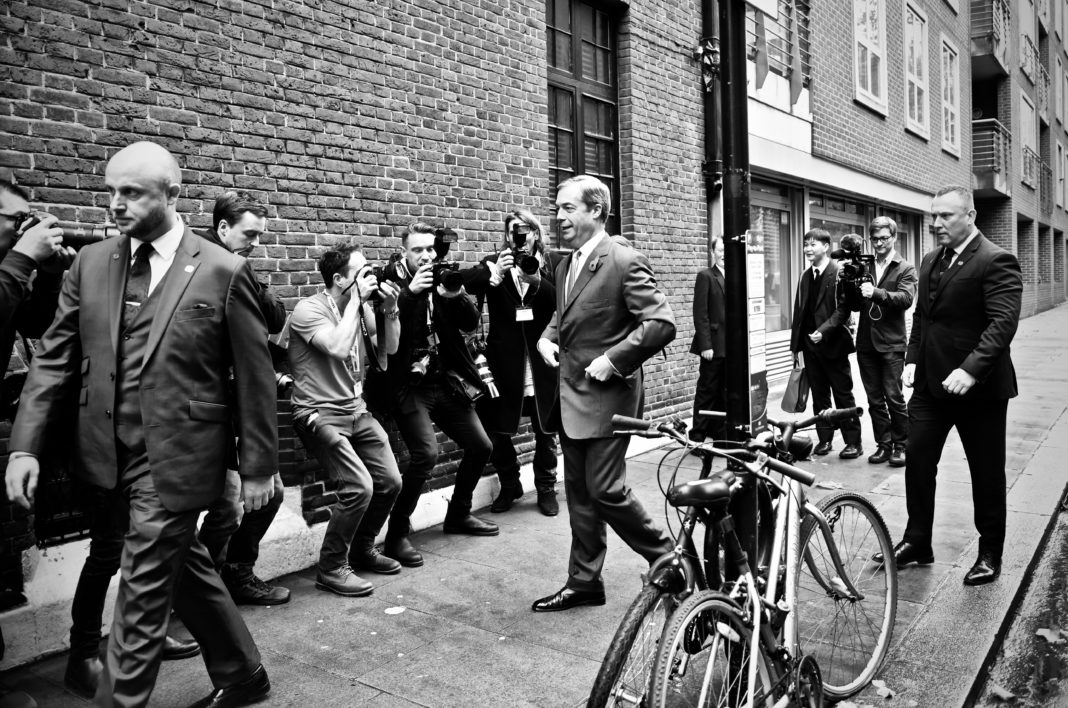 To listen to Theresa May’s first speech to the Tory party conference as Prime Minister is to marvel at the seismic change in British politics in 2016. Ukip has not just pushed for, gained and helped to win a national referendum; more than that, we have changed the entire national debate. Indeed, the centre of gravity has shifted so much that nearly every line in Mrs May’s speech echoed my own at Ukip conferences over the years.

Whatever Ukip’s achievements, however, the events of yesterday morning were not a great advertisement to the outside world. Just 18 days after her election, Diane James MEP, announced that she was standing down as our leader. The reaction was one of astonishment, even disbelief. It proved once again that 2016 is the year of political surprises.

I am sorry that after climbing the hill, she did not like the view and felt for personal reasons that she could not carry on. Take my word for it, the job is very demanding. All normal life comes to an end. I am only grateful that she realised this now and not in six months time.

As her election had not been validated by the Electoral Commission, the marriage effectively had not been consummated. This means that technically and legally I am still leader of Ukip. I feel rather like an escapee who has been recaptured, but no matter. I will do my duty to the party and stay in position until we have a validated new leader.

So what does Ukip do now? We will launch another leadership campaign and have a new leader by the end of November. Things could be worse. We could be in the Labour Party. On current form Ukip has a more appealing message to the electorate without a leader than Labour does with Jeremy Corbyn.

For the avoidance of doubt, my own name will not be going forward to be leader – I have more than done my bit. So at worst, this whole saga has put us back a few weeks. It is no worse than that.

Of course there are some who will say that Ukip has now fulfilled its political purpose and has nowhere to go. They are wrong. The last opinion poll at the weekend had the party on 16 per cent. There are millions of people who like voting Ukip and believe in us. They know that by supporting us they have helped to change the course of British history and they are pleased about that. Indeed, a recent poll showed that 86 per cent of Ukip voters are now optimistic about this country’s future.

Over the last couple of years we have impacted the Labour vote in a way that very few commentators predicted. It was in many traditional Labour constituencies that a surprisingly large number of Brexit votes were delivered on June 23. In areas like the Midlands, the North of England and Wales a large number of life-long Labour voters opted for Brexit.

They have now been cast aside by their own party – denounced as racists by Diane Abbott and told by Mr Corbyn that there should be no limits on the number of people coming to Britain. I believe that Ukip can talk to these people, that the party must now target this old Labour vote and choose a leader fit for that purpose.

I accept there will be many Tories cheering Mrs May’s words today. Some of them will have voted Ukip in the 2014 European elections. The danger that she now faces is one of raised expectations on the EU, immigration and grammar schools. If she delivers, her position will be unassailable in 2020. But if she falters, if Brexit is not seen to have been delivered, then there will be a deep wave of Tory disappointment.

It is worth remembering that as home secretary she talked tough on immigration and utterly failed to deliver. Either way, it is vital for the 17.4 million Brexit voters that we have a strong Ukip voice to challenge the Government throughout this journey to our nation’s independence outside of the EU. If by the time of the next election we do not have our British passports back and have not reclaimed our territorial fishing waters, then the June 2016 referendum will be unfinished business.

In these circumstances Ukip would go into a 2020 election in a stronger position than at any point in its history. Yes, we have to find a new leader and as I’ve argued for some months our governing body is in need of serious professionalisation. But all of this can and will happen. Ukip will be fit for purpose and provide the genuine voice of political opposition. All political parties have bad days. I’m pleased that yesterday is behind us.

Share
Facebook
Twitter
Pinterest
WhatsApp
Previous articleNigel Farage: the next leader of the Conservative Party must have the courage and vision to lead us out of the European Union
Next articleThe little people have had enough – not just here, but in America too